KLM Announces Extra Flights from and to Kuala Lumpur

KLM has announced three extra flights per week between Kuala Lumpur and Amsterdam from 23 June to 29 October 2016. The additional flights will supplement the existing daily flight between the two cities. 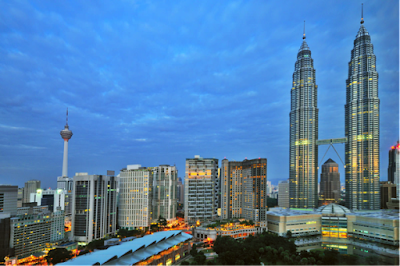 The additional flights will be operated with the airline’s fully revamped Boeing B777-200 aircraft, where its 316 seats are equipped with a brand new interior (34 seats in World Business Class and 282 in Economy Class).

“KLM has been serving a daily flight between Amsterdam and Kuala Lumpur since 1958 and has managed to build a sustainable market position in Malaysia”, said Aude-Lise Combier, KLM Country Manager – Malaysia and Brunei.

“Thanks to the additional flights, KLM will now be able to offer its passengers more onward connections from Amsterdam to European and American cities and from Kuala Lumpur to Australia and New Zealand, thanks to its close cooperation with Malaysia Airlines”, she added.
The additional flights will operate as follows:

Travelers can now enjoy bargain fares on KLM from Kuala Lumpur to Amsterdam from MYR 2,700 including taxes for booking before 19 February 2015.

In The Netherlands, KLM comprises the core of the KLM Group, which further includes KLM Cityhopper, transavia.com and Martinair. KLM serves all its destinations using a modern fleet and employs over 32,000 people around the world. KLM is a leader in the airline industry, offering reliable operations and customer-oriented products resulting from its policy of enthusiasm and sustainable innovation.

KLM is a member of the global SkyTeam airline alliance, offering customers an extensive worldwide network. The KLM network connects the Netherlands to every important economic region in the world and, as such, serves as a powerful driver for the economy.

Everydayfoodilove.co/ angeline-ong-yoga.blogspot.com. Thank you for reading our posts. Our team media coverage touches mostly on lifestyle events and focuses on happening scenes in Kuala Lumpur and Kota Kinabalu. Invite us for food reviews, travel and hotel reviews, KL clubbing reviews and product launches. Our other interests include the movies, technology and photography. Subscribe to my facebook page. Contact us via my email at: [email protected] or [email protected]
Advertorial Airlines Amsterdam Destination Jakarta KLM Kuala Lumpur Travel