Carlson Rezidor Hotel Group, one of the world’s largest and most dynamic hotel groups, today announced the signing of a portfolio agreement with Mushtaq Group of Hotels to open seven hotels comprising 817-rooms under the Radisson Blu®, Radisson® and Country Inns and Suites By CarlsonSM brands, in the northern Indian state of Jammu and Kashmir. The seven hotels will be located in the main gateway markets throughout the state and will position Carlson Rezidor Hotel Group as the largest international hotel operator in Jammu and Kashmir. The first hotel is expected to open in the fourth quarter of 2016 in Srinagar. 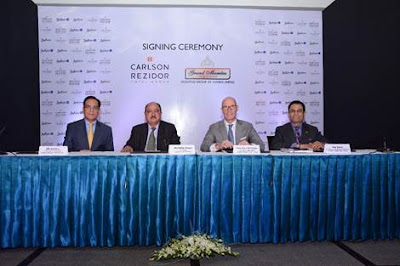 “This multiple-hotel portfolio deal underscores the rapid rate of Carlson Rezidor’s expansion and reinforces our leading position in India, a key market that we remain deeply committed to. We are pleased to be forging a new partnership and will be employing our proven strategy of signing conversions as well as new builds to establish a strong brand presence efficiently and expediently,” said Thorsten Kirschke, president, Asia Pacific, Carlson Rezidor Hotel Group.

Raj Rana, chief executive officer, South Asia, Carlson Rezidor Hotel Group added, “The region enjoys strong domestic leisure demand and is home to some of the most visited leisure destinations in India. Integral to our growth in India is an emphasis on expanding in leisure markets and state capitals. With the signing of this portfolio, we will make inroads into the summer and winter capital of Jammu and Kashmir, as well as provide our Club Carlson members an international brand choice in high demand leisure driven markets such as Srinagar, Pahalgam and Gulmarg.”

Across India, Carlson Rezidor has close to 120 hotels in operation and under development. Currently, the group’s footprint extends across 45 Indian cities, including 14 state capitals. By 2020, Carlson Rezidor expects to have more than 170 hotels in operation and pipeline in India. The group’s growing brand portfolio in the country spans the mid-scale to upper upscale segments. In 2015, the hotel group signed 15 new agreements in India, indicative of the strength of its brands and relationships. 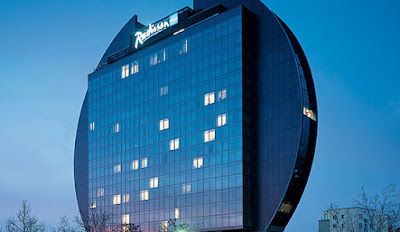 “We are excited to tie up with Carlson Rezidor Hotel Group. We are a leading hospitality group with ownership across all major locations in Jammu and Kashmir. We have grown rapidly during the last decade and aim to continue this momentum. Our vision is to promote Jammu and Kashmir and make it a preferred tourist destination not only for travelers within the country but globally. I am confident our partnership will accelerate realization of our vision,” said Mushtaq Chaya, chairman, Mushtaq Group of Hotels, that has interests in hospitality and commercial real estate development. 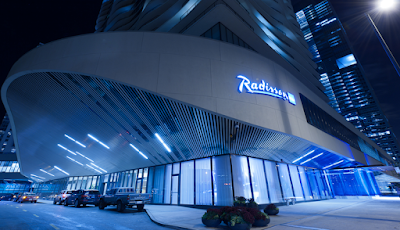 Radisson Srinagar is an 89-key conversion located in the heart of Srinagar within 2 kilometers of the main commercial and retail hubs of the city. It is close to golf courses, Dal Lake, Sher-i-Kashmir International Conference Center and Asia’s largest tulip garden. Radisson Srinagar is scheduled to open in the fourth quarter of 2016. 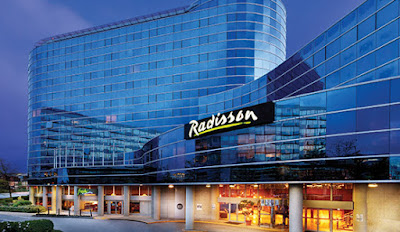 Carlson Rezidor currently has 102 hotels in operation across Asia Pacific and 92 more hotels in the pipeline. For more information and development opportunities, please visit www.carlsonrezidor.com

About Carlson Rezidor Hotel Group
Carlson Rezidor Hotel Group is one of the world’s largest and most dynamic hotel groups and includes more than 1,370 hotels in operation and under development with 220,000 rooms and a footprint spanning 110 countries and territories. The Carlson Rezidor portfolio includes a powerful set of global brands: Quorvus Collection, Radisson Blu®, Radisson®, Radisson RED, Park Plaza®, Park Inn® by Radisson and Country Inns & Suites By CarlsonSM. In most hotels, guests can benefit from Club CarlsonSM, one of the 2015 – 2016 “Top Three Hotel Rewards Programs” as recently ranked by U.S. News and World Report. Carlson Rezidor Hotel Group and its brands employ 85,000 people worldwide and is headquartered in Minneapolis, Minn., and Brussels, Belgium. For more information, visit www.carlsonrezidor.com and follow on Twitter @carlsonrezidor.

About Radisson Blu®
Radisson Blu® is one of the world’s leading hotel brands with more than 280 hotels in operation in 62 countries. Radisson Blu’s vibrant, contemporary and engaging hospitality is characterized by a unique Yes I Can! SM service philosophy, and all of its first class hotels offer a range of signature features that are empathetic to the challenges of modern travel, including the 100% Satisfaction Guarantee. Distinguished the world over as the brand with Hotels Designed to Say YES!, Radisson Blu offers a vivid visual celebration of leading-edge style where the delight is in the detail. Radisson Blu hotels are located in prime locations in major cities, airport gateways and leisure destinations across the world.

About Radisson®
Radisson® has become one of the best-recognized hotel brands, offering an upscale hotel experience for business and leisure guests. The World of Radisson features solutions that are empathetic to the challenges of modern travel, including the 100% Guest Satisfaction Guarantee. Radisson has more than 150 hotels located in major urban and suburban settings, leisure destinations, airports, and business districts throughout the Americas, Asia Pacific and the Caribbean. Every staff member has a passion for Yes I Can! SM hospitality, the signature service philosophy of Radisson, which ensures the total wellbeing and satisfaction of each guest.

About Country Inns and Suites By CarlsonSM
Country Inns and Suites By Carlson is a leading upper midscale hotel brand with over 470 hotels in the United States, Canada, India and Latin America. The brand’s Be Our Guest service philosophy encourages employees to serve guests with the same kind and caring spirit given to friends when they are being hosted at home. Signature brand amenities include free high-speed Internet, complimentary hot breakfast served on classic dining ware, fitness centers, a Read It & Return Lending LibrarySM and business centers.

Everydayfoodilove.co/ angeline-ong-yoga.blogspot.com. Thank you for reading our posts. Our team media coverage touches mostly on lifestyle events and focuses on happening scenes in Kuala Lumpur and Kota Kinabalu. Invite us for food reviews, travel and hotel reviews, KL clubbing reviews and product launches. Our other interests include the movies, technology and photography. Subscribe to my facebook page. Contact us via my email at: [email protected] or [email protected]
 CARLSON REZIDOR HOTEL GROUP Advertorial Hotel Radisson