Marina Bay Sands is proud to team up with award-winning chef Gordon Ramsay to unveil Bread Street Kitchen in Singapore. Now officially open, the highly anticipated restaurant and bar offers classic British European fare in a lively and bustling space facing the spectacular waterfront. Located at the south promenade of The Shoppes at Marina Bay Sands, the restaurant features an extensive menu that showcases British favourites reinvented by the multi- Michelin starred chef at the brand’s London flagship.

Gordon Ramsay said, “I’m excited to be part of the Marina Bay Sands family and in Singapore where people are so passionate about food. Bread Street Kitchen is a mix of vintage and modern with an ever-changing menu, dishes inspired by local ingredients, and a beautiful view of the waterfront and city skyline!”

Tamir Shanel, Vice President of Food & Beverage, Marina Bay Sands said, “Bread Street Kitchen by Gordon Ramsay is our latest celebrity chef restaurant and we are excited to welcome this new venue to our family of iconic chefs and outstanding dining experiences. With an attractive location that offers a waterfront dining experience, along with a strong team helming the restaurant, Bread Street Kitchen is set to enhance the celebrity chef programme at Marina Bay Sands.”
   
 Led by Executive Chef Sabrina Stillhart, Bread Street Kitchen at Marina Bay Sands will stay true to its London concept, tapping on British artisanal products and seasonal fare, but will also work with local ingredients to deliver a globally inspired menu.

Sabrina, who has been with the Gordon Ramsay Group for almost a decade, hails from the opening team of Bread Street Kitchen, London.

The stellar team is also helmed by General Manager John Quetier, who has more than 16 years of experience in several outstanding restaurants including L‘Atelier de Joel Robuchon in London, Vue de monde by Shannon Bennett in Melbourne and maze by the Gordon Ramsay Group.

The “interactive” bar area features a communal table and allows for mixologists to offer a lively drinking experience, perfect for an after-work catch up, serving both classic and innovative cocktails with fresh ingredients and a selection of world wines.
At the basement level of the restaurant, diners can step into a more intimate environment of private dining or peek into the live and dynamic kitchen action over drinks and quick bites. 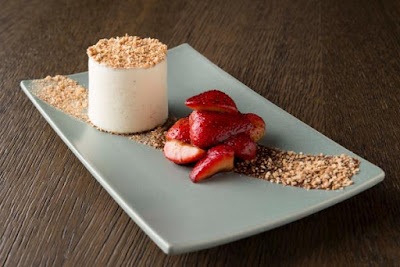 The Design
Designed by Wilson Associates’ Blueplate Studios, the two-storey restaurant and bar stays true to the brand’s East London industrial roots. However, the design team re-invented certain brand elements to create a distinct sense of place, starting with the floors and ceilings. The black and white tiled floors are transformed into abstracted geometric patterns that add a quirky playfulness to the venue and help distinguish the different dining environments. The ceilings on the ground level – resembling a woven orange checkered board - bring warmth and dimension to the glass enclosure.

To further achieve the eclectic industrial vibe, the furniture, finishes and fixtures are a mix of vintage and modern influences. Exposed pipework, wire mesh, black mirrors, and vintage- inspired lighting and accessories complement the tufted banquets and dark-stained timber. Black and white photos of St. Paul’s Cathedral hang on the wall, alluding to the location of “Bread Street” within the old City of London. They also enhance the sense of nostalgia that makes the Bread Street Kitchen experience novel, yet familiar.

The main entrance of the restaurant is a collaged walkway of authentic Singaporean manholes. These manholes are a playful reference to the actual ‘street’ in Bread Street Kitchen. To the left of the walkway sits the venue’s focal point: the bar. The bar is a tribute to the mezzanine wine cellar in the London location. It’s a brasserie-industrial fusion comprised of local suar wood and expanded mesh that’s bathed in diffused light.

The overall design feel is an eclectic industrial collection of marble, bronze, mixed timbers, and leather that creates an intimate, bespoke dining experience for a variety of guests. 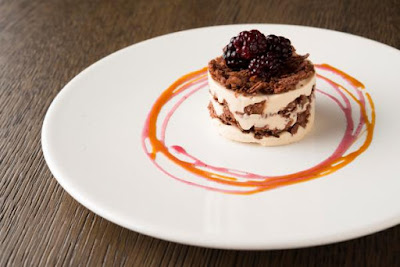 The Group has a total of 26 restaurants globally and 7 Michelin stars, with international restaurants from Europe to the US, the Middle East and Asia. Originally routed in fine dining, the Group has expanded to include more diverse and informal sites offering a wide variety of guest experiences around the globe, such as maze, London House, Plane Food by Gordon Ramsay at Heathrow’s Terminal 5 and Union Street Café in London, Gordon Ramsay Steak in Las Vegas, Gordon Ramsay Pub and Grill in Atlantic City, Gordon Ramsay at Forte Village, Sardinia, as well as Bread Street Kitchen, Hong Kong. Restaurant Gordon Ramsay in Chelsea is the Group's flagship venue, which has held three Michelin-stars for more than 12 years. For more information visit www.gordonramsay.com

The “interactive” bar area features a communal table and allows for mixologists to offer a lively drinking experience, perfect for an after-work catch up, serving both classic and innovative cocktails with fresh ingredients and a selection of world wines.

At the basement level of the restaurant, diners can step into a more intimate environment of private dining or peek into the live and dynamic kitchen action over drinks and quick bites.

The Team Gordon Ramsay
Scottish by birth, Gordon Ramsay was brought up in Stratford-upon-Avon, England. With an injury prematurely putting an end to any hopes of a promising career in football, he went back to college to complete a course in hotel management. His dedication and natural talent led him to train with some of the world’s leading chefs, such as Albert Roux and Marco Pierre White in London, and Guy Savoy and Joël Robuchon in France.

In 1993 Gordon became chef of Aubergine in London, which within three years, was awarded two Michelin stars. In 1998, at the age of 31, Ramsay set up his first wholly owned and namesake restaurant, Restaurant Gordon Ramsay, which quickly received the most prestigious accolade in the culinary world – three Michelin stars. Today, Restaurant Gordon Ramsay is London’s longest- running restaurant to hold this award, and Ramsay is one of only four chefs in the UK to maintain three stars.

Now internationally renowned, multi-Michelin-starred Ramsay has opened a string of successful restaurants across the globe, from Italy to the United States. These include two ventures in Doha, Qatar that opened in 2012; three restaurants in Las Vegas (Gordon Ramsay Steak at Paris, Gordon Ramsay Pub and Grill at Caesars Palace and Gordon Ramsay BurGR at Planet Hollywood), Gordon Ramsay Pub and Grill in Atlantic City and Bread Street Kitchen in Hong Kong. In the UK, in the past eighteen months , the Gordon Ramsay Group has opened Union Street Café, London House, Heddon Street Kitchen and two further maze Grills, one of which is located on the former Aubergine site on Park Walk, Chelsea.

As of June 2015
 Ramsay received an OBE (Order of the British Empire awarded by Queen Elizabeth II) in 2006 for services to the industry.

Ramsay has also become a star of the small screen both in the UK and internationally, with UK shows such as GORDON BEHIND BARS, ULTIMATE COOKERY COURSE, GORDON’S GREAT ESCAPES and GORDON RAMSAY: SHARK BAIT, as well as four top-rated FOX shows that air worldwide: HELL’S KITCHEN, MASTERCHEF , MASTERCHEF JR., and HOTEL HELL. He is also a published author of a number of books, many of which have become bestsellers around the world, most notably his autobiography, Roasting in Hell’s Kitchen.

In 2014, Ramsay and his wife, Tana, set up the Gordon Ramsay Foundation to make a meaningful difference to charities that are important to them. He lives with his wife, Tana and four children, along with their bulldog Rumpole and two cats. He divides his time between Los Angeles and South London.

Sabrina Stillhart (Executive Chef)
Beginning her career as a kitchen apprentice in her native Switzerland at 17 years old, Sabrina Stillhart has spent almost a decade within the Gordon Ramsay group, with roles at Boxwood Café, Gordon Ramsay’s Plane Food, York & Albany and the iconic Savoy Grill. Sabrina then transitioned to Bread Street Kitchen as part of the opening team and spent three years as senior sous chef. From London to Singapore, Sabrina led the opening team as Executive Chef for the launch of Bread Street Kitchen at Marina Bay Sands. Sabrina manages a team of 25, running the daily operations of the kitchen including team training, overseeing the menu, and ensuring dishes are of the highest quality and of impeccable freshness whilst designing exciting daily specials inspired by local ingredients.

John Quetier (General Manager)
Originally from Paris, John went to London in 1999 to be a part of the opening team at Petrus in St James Street. He then worked at Mirabelle as a head waiter and moved to the Gordon Ramsay Group at Claridge’s. In 2005, wanting to explore a different country and style of service, John moved to the other side of the world to Australia to work for the Shannon Bennett at Vue de Monde. Returning to London in late 2006, John joined the opening team of L‘Atelier de Joel Robuchon and quickly progressed up the ranks to become restaurant manager in 2007, a position he held for seven years. John returned to the Gordon Ramsay Group in October 2013 joining Maze as restaurant manager followed by his position as General Manager for the opening team of Bread Street Kitchen at Marina Bay Sands in 2015. 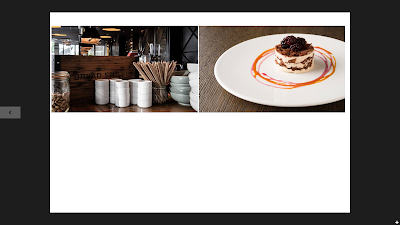 Everydayfoodilove.co/ angeline-ong-yoga.blogspot.com. Thank you for reading our posts. Our team media coverage touches mostly on lifestyle events and focuses on happening scenes in Kuala Lumpur and Kota Kinabalu. Invite us for food reviews, travel and hotel reviews, KL clubbing reviews and product launches. Our other interests include the movies, technology and photography. Subscribe to my facebook page. Contact us via my email at: [email protected] or [email protected] or [email protected]
Advertorial Celebrity Chef Hotel Marina Bay Sands Singapore