Sofitel Legend Metropole Hanoi has named Raphael Kinimo as the hotel’s new Executive Sous Chef. The French national has worked in some of the world’s top kitchens and hotels and brings more than two decades of culinary experience to Vietnam’s most storied hotel. In his role as Executive Sous Chef, Raphael will help oversee the culinary team, under the helm of Executive Chef Paul Smart at the hotel’s iconic upscale French restaurant Le Beaulieu. 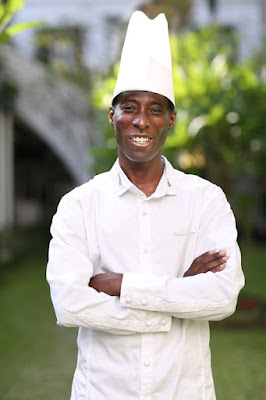 Metropole Hanoi Names Raphael Kinimo as Executive Sous Chef
Raphael began his career at the three Michelin-starred Paul Bocuse restaurant in Lyon, before continuing his apprenticeship in a number of award-winning restaurants around France, including Jour de Marche in Lyon and The Yoann Conte Restaurant (or L'Auberge de l'Eridan) by Marc Veryat in Annecy.

In 2006, Raphael moved to London where he worked under master chef Joel Robuchon at the three Michelin-starred l’Atelier de Robuchon in Covent Garden before relocating to Dubai to work as Head Chef for La Maison.

In 2009, Raphael moved to Thailand to work as the Executive Head Chef at the French fine-dining establishment, Artur, which was awarded the ‘Best Restaurant in Bangkok’ by Thailand Tatler in 2011 and 2012. Raphael was previously also Chef Patron at Brasserie 9 in Bangkok. 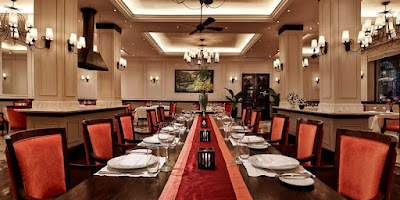 Le Beaulieu Restaurant at the Metropole Hanoi
Most recently, Raphael worked as Chef de Cuisine at the Ritz Carlton Café in Macau where he specialized in classic French fare with a modern twist and fresh seafood.