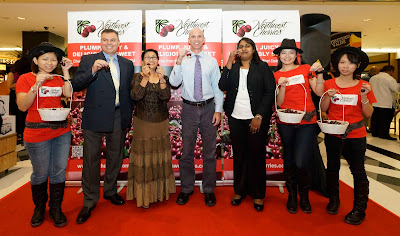 The launch coincides with the start of the Northwest American cherry season which starts from June to August. The United States is second largest exporter of cherries in world. Northwest Cherries are also popular in other Asian countries such as Thailand, Singapore, Japan, South Korea, Taiwan and China. 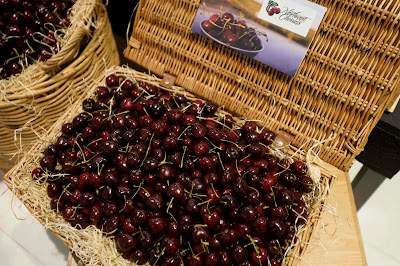 Basketful of freshly picked Northwest Cherries
Northwest Cherries are grown by over 2,500 growers spread across Washington, Oregon, Idaho, Utah and Montana orchards and make up over 70% of overall cherry producers in the United States. The environment in these states is ideal for growing cherries. These states are situated between the Rocky Mountain and the Cascades, with nutrient rich, volcano soil and are watered by clean melted mountain snow with warm, sun-drenched days and cool, crisp nights. 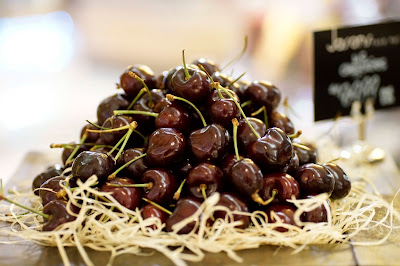 Oh joy! Its cherry season. These fresh Northwest Cherries from the United States is the most popular cherries in Malaysia
Northwest Cherries are sweet cherries sought after by consumers for the divinely plump, juicy and deliciously syrupy-sweet flesh. Sweet and succulent with just the faintest hint of tartness, sweet cherries are firm, glossy, deep red, and larger than the sour cherry varieties such as Montmorency. There are two sweet cherry categories, which is the red cherry and the white cherry. “Rainier” which is a white cherry variant is super sweet and is beautiful with a golden hue and a beautiful crimson blush. There are many red varieties with “Chelan”, “Sweetheart”, “Skeena”, “Santina” and “Bing” being the most popular varieties.

Northwest Cherry Growers make no secret of the fact that they believe their cherries are the most delicious cherries in the world. Whilst that’s their opinion there is undoubtedly something special and unique about sweet cherries from the North West of USA. Not only do the cherries seem bigger, they also taste sweeter and are juicier than other cherries one might find on the shelves. Nevertheless, sweet cherries are best enjoyed fresh without cooking or processing of any sort, while sour cherries are popular for use in pies, jams, stuffing and even liqueurs.

The best thing about Northwest Cherries is that they are fresh, typically picked, packed and shipped to consumers within 24 hours. Every Northwest Cherry is hand-picked and each cherry is treated as gently as possible.  Cherries are packed in the

state-of-the-art packing facilities that help deliver farm fresh cherries to consumers, rendering them worthy of the title ‘the Diamond of Fruit’.

“We are delighted to be at the start of the Northwest Cherry season again. These cherries are gourmet, superior in quality and a favourite of our more discerning customers. It is part of our commitment at Jasons Food Hall to bring in only the best products from around the world,” said Mr Ernest Potgeiter, Operations Director for GCH Retail (M) Sdn. Bhd.

GCH Retail (M) Sdn Bhd is a leading retailer in Malaysia which operates 147 supermarkets and hypermarkets under the banner of Giant, Cold Storage, Mercato and Jasons Food Hall.

Hailed as the rising superstar of fruits, cherries are powerful little nuggets of nutrition loaded with antioxidants and vitamins and great for growing kids to snack on. Cherries have a wide range of functional properties, vitamins and minerals. In particular, cherries are loaded with antioxidants and potassium, which aids inflammatory diseases such as gout and arthritis, prevents cancer and aids heart health. Its low calorie and low in glycemic index attributes make them an ideal fruit for people who are suffering from diabetes and for weight watchers. Cherries are unique also because in Mother Nature they are the only source of melatonin which is a hormone produced in our pineal gland that regulates our sleep.

According to Phornthip Poolprasert Market Manager for South East Asia - Northwest Cherry Growers, cherries have recently been bumped up as a superfood based on recent research that they have so much good nutrition and various benefits loaded into one small fruit. However, cherries are not easy to cultivate and are highly susceptible to weather, rainfall and foraging birds.

“Cherries are often seen as gourmet but this is only because they are not the easiest fruit to cultivate, However, the growers in the five Northwestern states of the United States have generations of expertise and support to help them yield sweet cherries that are superior in quality to its counterparts. Thanks to this, we are able to bring these delicious superfruits to various parts of the world at an affordable price, for everyone to enjoy,” said Ms Poolprasert. 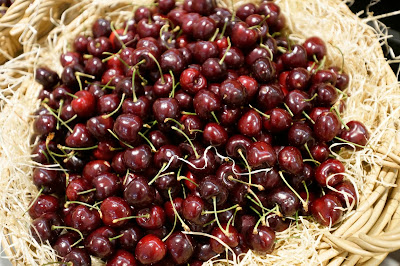 Luscious Northwest Cherries are not just delicious but have so many health benefits, one of which is normalising sleep patterns
Northwest Cherries are available in all leading supermarkets, especially at Jasons Food Hall, from June to August this year and would retail between RM40 to RM 80 per kilogram depending on the progression of the season. Northwest Cherries are also available at major night markets and morning markets across Peninsula Malaysia and selected supermarkets in East Malaysia. Savour them while they are in season, and when they are not, cherries can be kept frozen for up to 6 months with three simple steps, just simply rinse them, freezer bag them and pop them into the freezer. When you’re ready to consume, simply thaw them. Delicious, versatile and immensely good for you, the voluptuously tempting cherry is getting a revolutionary reawakening as a superfruit and the affordable price of Northwest Cherries is definitely the cherry on top. 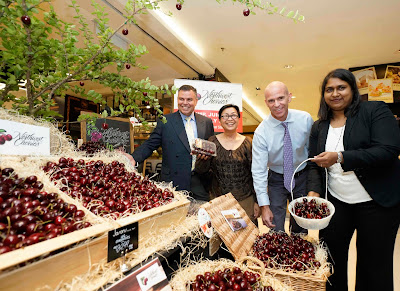 Everydayfoodilove.co/ angeline-ong-yoga.blogspot.com. Thank you for reading our posts. Our team media coverage touches mostly on lifestyle events and focuses on happening scenes in Kuala Lumpur and Kota Kinabalu. Invite us for food reviews, travel and hotel reviews, KL clubbing reviews and product launches. Our other interests include the movies, technology and photography. Subscribe to my facebook page. Contact us via my email at: angel_line78@hotmail.com or monicaong@hotmail.com or ronco_17@hotmail.com
Bangsar Bangsar Shopping Centre Cherry fruit Imported Product Jasons Food Hall Kuala Lumpur Product Launch