Burger King Malaysia’s latest Blockbuster Deals inspired by its movie tie-in with TRANSFORMERS: AGE OF EXTINCTION is set to transform how burgers are enjoyed. The new must-try burger Double Take will have burger fans literally doing a double take as the one-of-a-kind burger comes with both chicken and beef patties - in one burger! 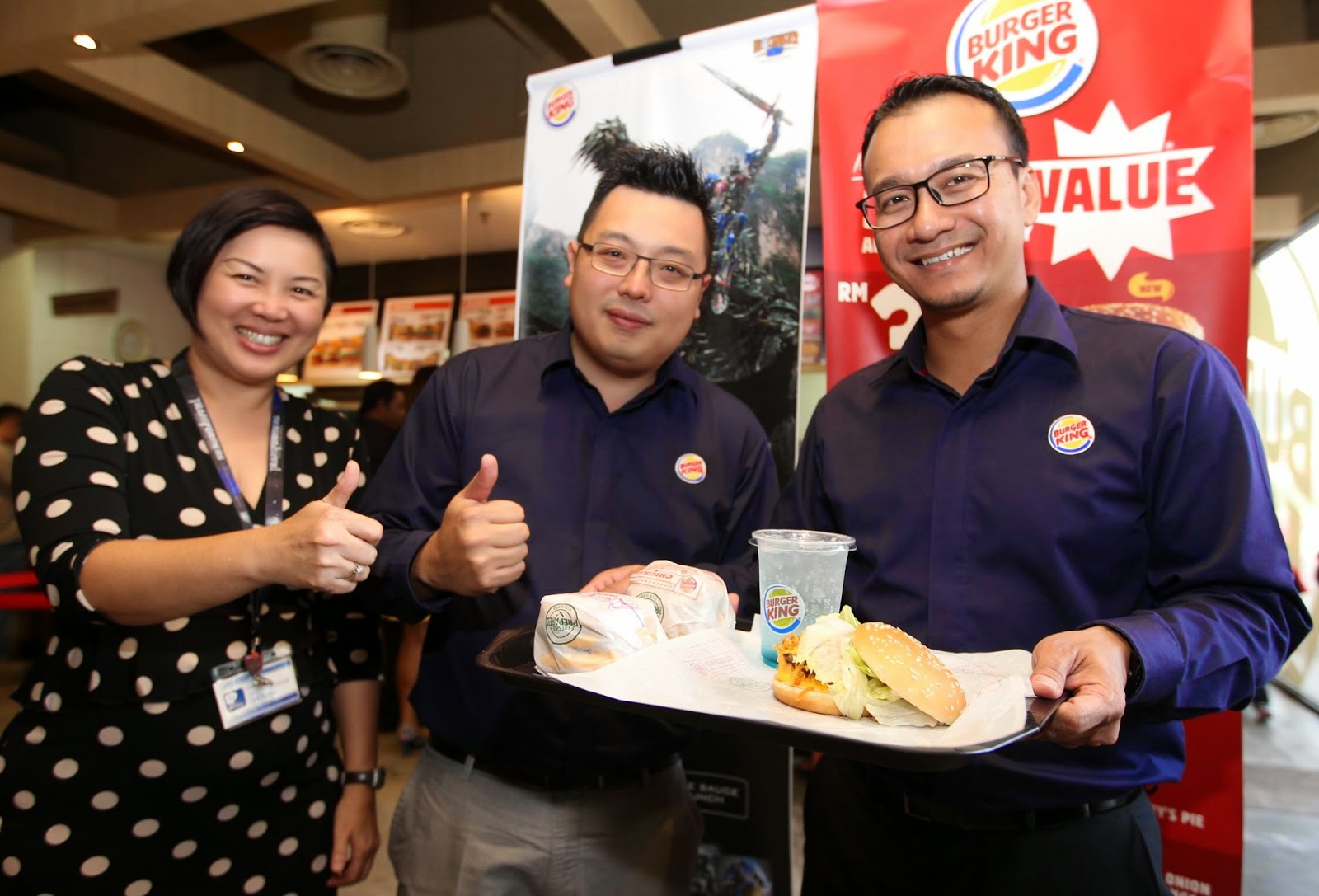 There’s certainly “More than meets the eye” with Burger King’s new Transformers Blockbuster Deals which come with a choice of Single or Double patty burgers in chicken or beef, each layer slathered with rich cheese sauce, crowned with the new golden potato crunch, and topped with fresh lettuce and mayonnaise. The Double Take burger comes with two layers of the delicious lip-smacking cheese sauce, with the golden potato crunch adding a wonderful texture and crunch. 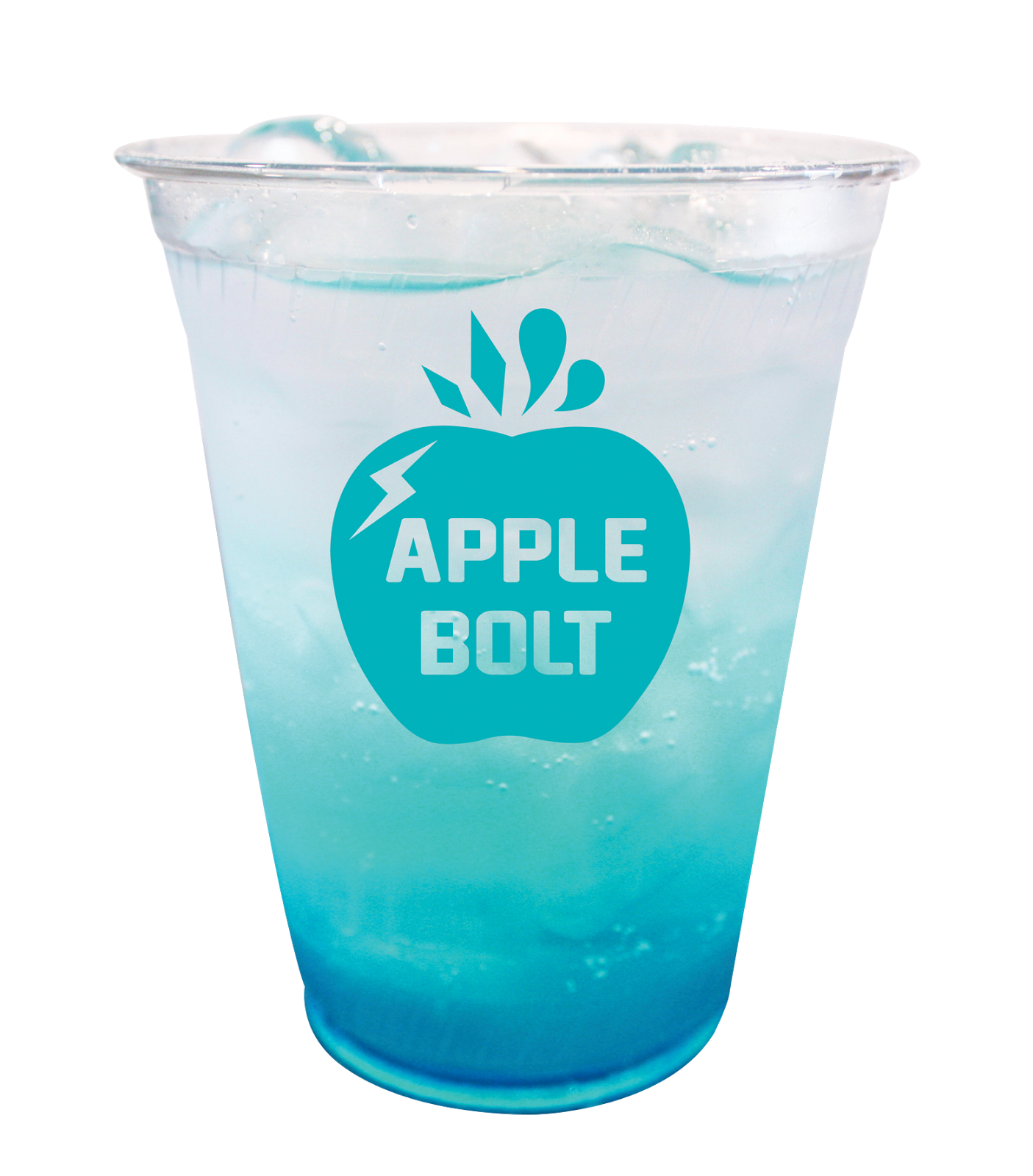 Burger King is also introducing a refreshing fizzy apple flavoured drink called Apple Bolt in an interesting hue of blue. The Crunchy Jumbo Frank, which is a Jumbo chicken sausage nestled between soft sausage buns, is perfected with a layer of golden potato crunch. The Burger King Transformers Blockbuster Deals rolls out this June for a limited time until August, and a medium sized meal starts from RM10.95 and comes with a choice of chicken or beef burger, fries and an Apple Bolt. The Crunchy Jumbo Frank is available ala carte for RM4.95 only. 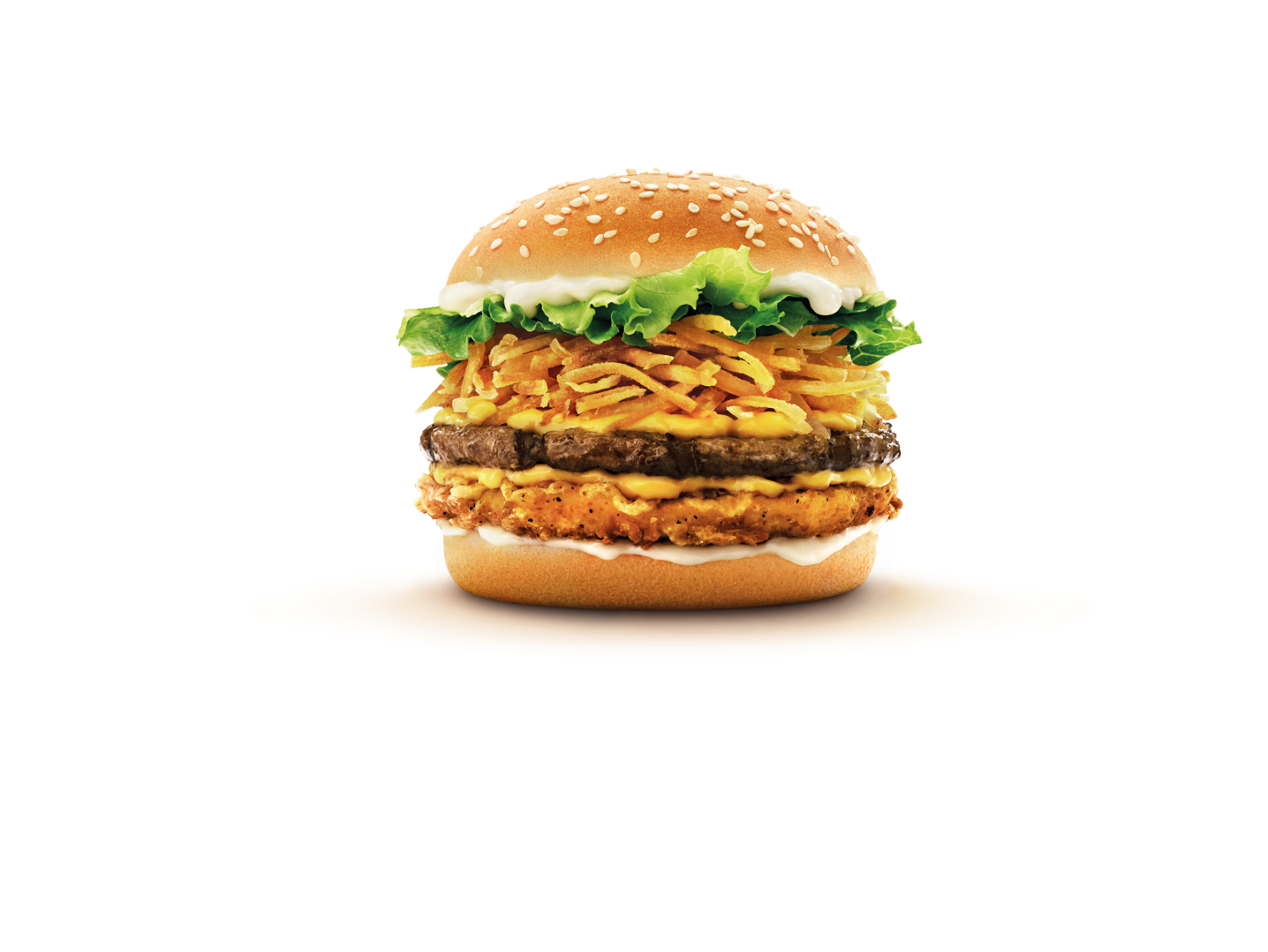 Burger King’s new menu roll-out is the company’s strategy to keep customers engaged and interested while enticing a whole new segment of movie-buffs. “Transformers is such a massive brand and it’s thrilling to be part of such a huge global phenomenon. With this tie-in, we wanted to go beyond the ordinary and challenge the conventional way of enjoying burgers. Double Take is perhaps the first of its kind that features both chicken and beef patties in one epic burger,” said Keith Loh, Director of Marketing, Burger King Malaysia and Singapore.

TRANSFORMERS: AGE OF EXTINCTION opens in cinemas nationwide in Malaysia on 26 June and will bring a few surprises of its own with new and exciting Autobots and Decepticons, and the debut of Dinobots. It is the fourth instalment of the Transformers live-action series. The new release stars Mark Wahlberg in the lead role, and like its predecessors, is directed by Michael Bay and the legendary Steven Spielberg at the helms as the Executive Producer.

In the new movie, a group of powerful, ingenious businessman and scientists attempt to learn from past Transformer incursions and push the boundaries of technology beyond what they can control all while an ancient, powerful Transformer menace sets Earth in his crosshairs. The epic adventure and battle between good and evil, freedom and enslavement will ensue. Malaysians young and old will be able to enjoy the heart-pumping action and cutting-edge special effects in eye-popping 3D, as well as on IMAX 3D and DOLBY ATMOS. Now is the time to make like an Autobot, roll out and grab a Transformers Blockbuster Deal at the nearest Burger King, and recharge on the Double!

ABOUT BURGER KING® CORPORATION
Founded in 1954, BURGER KING®is the second largest fast food hamburger chain in the world. The original HOME OF THE WHOPPER®, the BURGER KING® system operates in approximately 12,400 locations serving over 11 million guests daily in 79 countries and territories worldwide. Approximately 90 percent of BURGER KING®restaurants are owned and operated by independent franchisees, many of them family-owned operations that have been in business for decades. In October 2010, Burger King Corp. was purchased by 3G Capital, a multi-billion dollar, global investment firm focused on long-term value creation, with a particular emphasis on maximizing the potential of brands and businesses. For more information on 3G Capital, please go to http://www.3g-capital.com. To learn more about Burger King Corp., please visit the company's website at www.bk.com or follow us on Facebook and Twitter.

About COSMO RESTAURANTS SDN BHD
The BURGER KING® brand first arrived on Malaysian shores in 1997 when Cosmo Restaurants Sdn Bhd opened the first outlet at the Sungai Buloh Overhead Bridge. Today, the franchise holder which owns the development rights for the BURGER KING® brand in Malaysia, excluding KLIA and East Malaysia, reaches out to discerning Malaysian customers via its rapidly expanding network of 35 outlets and counting. Among the top QSR (Quick Service Restaurant) chains in the country, its growing customer base enjoys the best-selling, signature flame-grilled WHOPPER sandwiches as well as other top BK favourites while dining and relaxing with family and friends at its outlets, or in the comforts of home and office when they order to go or call for its speedy delivery service. All BURGER KING® beef and chicken patties are 100% certified Halal and the company only uses fresh vegetables that are locally sourced from around Malaysia.

Everydayfoodilove.co/ angeline-ong-yoga.blogspot.com. Thank you for reading our posts. Our team media coverage touches mostly on lifestyle events and focuses on happening scenes in Kuala Lumpur and Kota Kinabalu. Invite us for food reviews, travel and hotel reviews, KL clubbing reviews and product launches. Our other interests include the movies, technology and photography. Subscribe to my facebook page. Contact us via my email at: angel_line78@hotmail.com or monicaong@hotmail.com or ronco_17@hotmail.com
Advertorial Burgers Event Halal Western Food