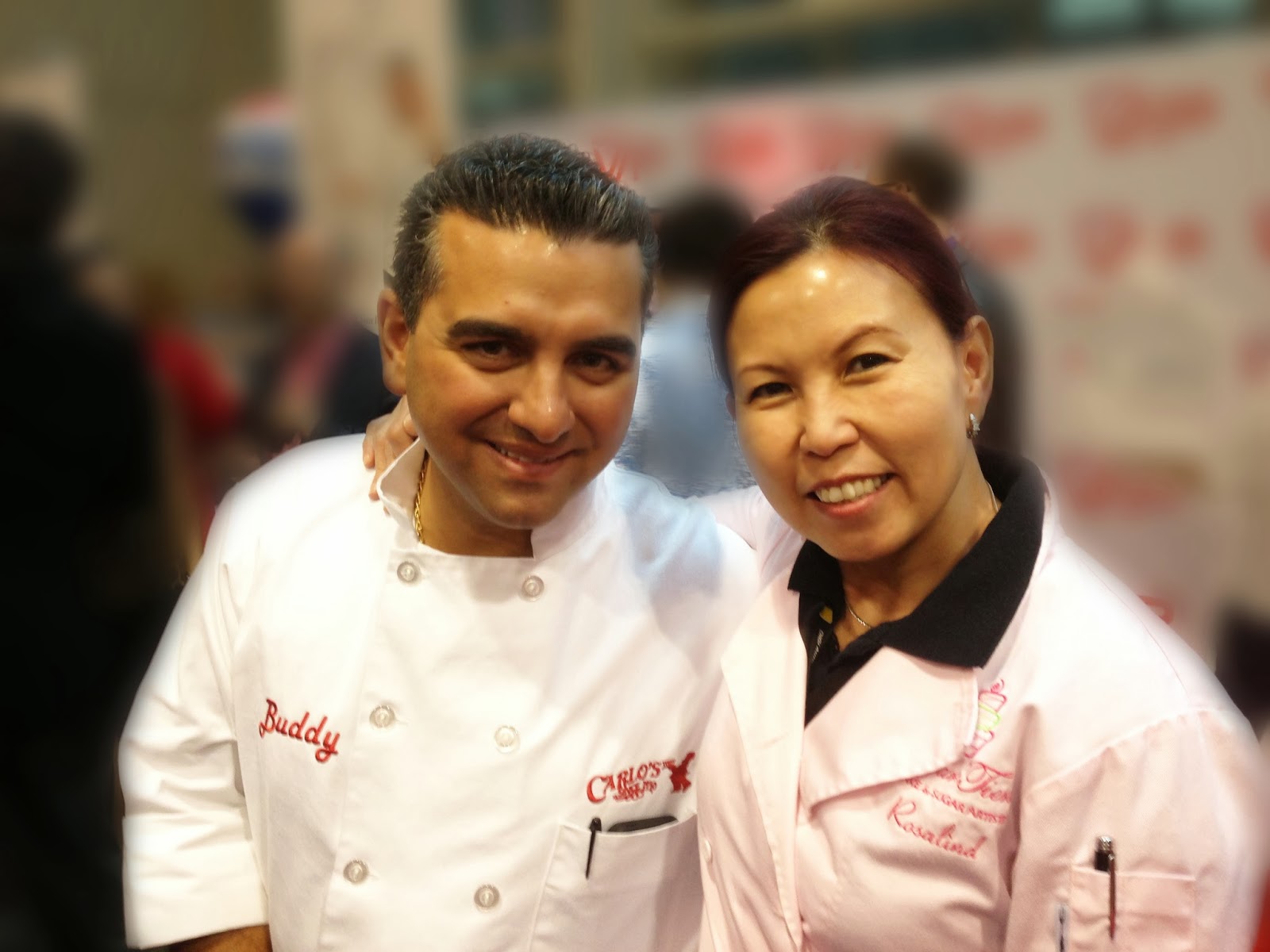 Globally Successful World-Class Cake Designer Extraordinaire To Be Back in Kuala Lumpur in April 2014!  Soon to land in Kuala Lumpur with more exciting activities and training for all things sweet and delicious, world-class cake designer, international instructor, adjudicator and entrepreneur who is setting international new standards in wedding cake designs and cake decorating, celebrity Chef Rosalind Chan, is set to showcase her talent in April this year. Celebrity Chef Rosalind Chan is Malaysia’s very own celebrity pastry chef and cake decorator who has successfully impacted both the local and international industries in introducing a new wave of culinary experience with creative techniques in cake decorating.

Whimsical, captivating and meticulously designed, her cakes demand attention because of their beauty and uniqueness.  They are centrepieces in every sense of the word. Most recently she was inducted into the President’s Club at Wilton USA, which is the second highest recognition or level in the Wilton Hall of Fame.She was also asked to be a judge at the 2011 Canadian Good Food Festival together with no other than Food Network’s Celebrity Star, Duff Goldman of Ace of Cakes.  She also met up with Buddy of Food Network’s Cake Boss in Toronto during his recent tour to Canada.

In 2013, she was awarded the “Best 2013 Cake Designer in Markham, Ontario and Top 10 Best Cake Designers in Canada from the Wedding Industry Experts (Canada).  In November of 2013 she was featured in Canadian Teresa Kruze’s number one best seller book on Amazon “The In-Credibility Factor” which featured the top 13 entrepreneurs in Canada.  She was also featured on “Ask The Experts” an online video by Four Weddings Canada production house.

Her cakes and sugarpaste flowers are edible sculptures both in originality and creativity.  She grew up amidst beautifully decorated birthday cakes that her mother, her mentor till today, baked and created.  At a very tender age, Rosalind was drawn to baking. With a keen eye for detail and colour, she aspired to pursue her childhood interest when she grew up.From the time she started holding a piping bag and began decorating her first wedding cake, her cakes have wowed many audiences.

“I have always had a deep passion in what I do best. As Malaysia is my home, I wanted to create a hub where I can return home to – year after year – at the International Centre of Cake Artistry (ICCA) in my country where I call “home”, to the very heart of where I started the very passion of baking and cake decorating. The authenticity of cake artistry is crafted intricately to make a simple decoration seem exceptionally outstanding and worthwhile,” said Rosalind Chan commenting on the establishment of ICCA.

She is a member of solid standing with the British Sugarcraft Guild, Canadian Society of Sugar Artistry, Canadian Pastry Chefs Guild as well as a regular demonstrator and adjudicator for the International Cake Exploration Societe (ICES) in the United States.

“I am in the midst of creating training programmes that will excite every aspiring baker with the newest trends in the cake-decorating industry that will be announced soon”, she added. 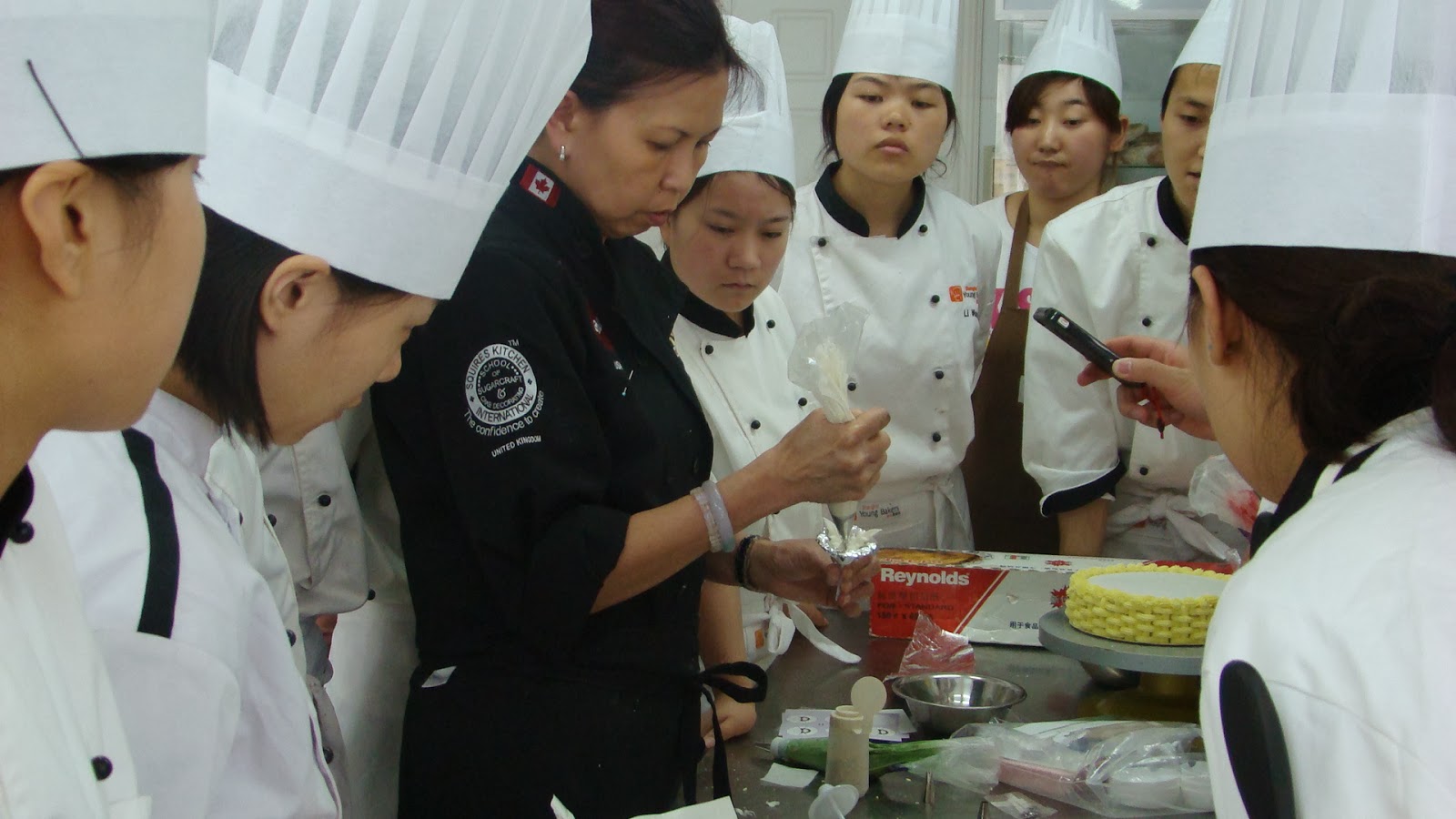 About International Centre of Cake Artistry (ICCA)  Malaysia
Chef Rosalind Chan has furthered her passion with her debut entrepreneurial venture with the opening of the first ever authorized and certified Wilton Method Instruction Training Centre in Petaling Jaya, Malaysia in 2006 followed by a second outlet in 2007 at Sri Hartamas, Malaysia. Both training centres have a one of a kind retail outlet catering solely to this industry, offering the most up-to-date cake decorating materials and tools sourced internationally.  In December 2008, Rosalind opened and consolidated her centre into one largest cake decorating cum baking/training center and retail outlet in Malaysia spanning over 16,000 sq. ft over 4 floors.  This 16,000 sq. ft. site offers state of the art training facilities in terms of equipment and visual aids.  Her facility also offers the first ever one of its kind wedding consultation facility in Malaysia where it offers the bride and bridegroom to have an opportunity to see a full visual image of the wedding cake of their dreams using computer assisted technology. It is at this centre that you will get to attend courses by the very best and top cake decorators and sugarpaste artists from around the world.In 2008, her centre in Malaysia, International Centre of Cake Artistry received the “Rising Star Award” from Wilton Industries (USA).  In 2010, her centre in Malaysia was inducted into the Distributor’s Hall of Fame in USA for their commitment to the Wilton Cake Decorating program in Asia. 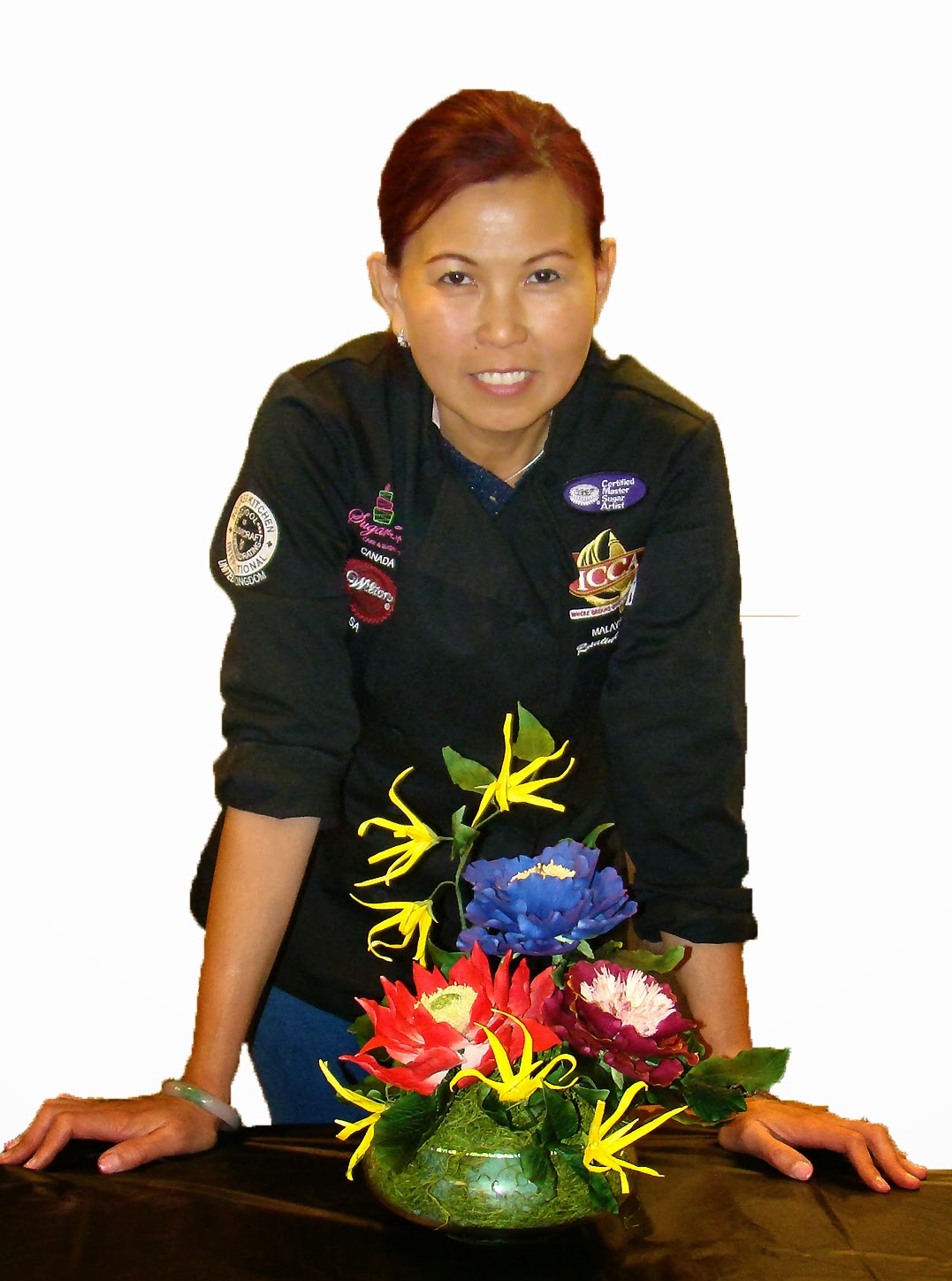 CHEF ROSALIND CHAN
ACCOLADES
Rosalind Chan, Founder and CEO of International Centre of Cake Artistry (ICCA) in Malaysia and co-owner of Sugartiers in Canada is a cutting edge world-class cake designer, a top international judge, adjudicator, instructor and educator who is setting new standards of excellence in Malaysia for wedding cake styles and designs, including pastry and baking trends.

As an established entrepreneur, Rosalind Chan has won numerous awards and accolades worldwide, making her as one of the most successful Malaysian Celebrity Chefs in this industry that has gone global.

FRANCE
Masters in French Pastries from the Ritz Escoffier in Paris. Advanced and Masters Diplomas in the art of cake decorating and baking.

GLOBAL
Owns and operates a training and retail centre in Malaysia and in Markham, Canada (www.2decoratecakes.com and www.sugartiers.ca).
International judge/adjudicator and demonstrator. Appeared on TV shows in North America and Asia. Judged cake competitions with Food Network Celebrities such as Ace of Cakes (Duffy Goldman).
Conducted demonstrations and classes internationally (North America, UK and Asia).
Appeared on Canadian and Asian TV, radio, newspapers and business and lifestyles publications.
Contributor to the Pastry and Baking magazine which is distributed worldwide.

Everydayfoodilove.co/ angeline-ong-yoga.blogspot.com. Thank you for reading our posts. Our team media coverage touches mostly on lifestyle events and focuses on happening scenes in Kuala Lumpur and Kota Kinabalu. Invite us for food reviews, travel and hotel reviews, KL clubbing reviews and product launches. Our other interests include the movies, technology and photography. Subscribe to my facebook page. Contact us via my email at: angel_line78@hotmail.com or monicaong@hotmail.com or ronco_17@hotmail.com
Advertorial Celebrity Chef Event Info Kuala Lumpur Food