Romans like their coffee fast, strong and burning hot. They gulp it down, on the run. Drink and go that's the philosophy. It’s part of the lifestyle, a persistent aroma that envelopes people from morning till after dinner. Many Romans drink five or more espressos per day. Bars and cafés are their temples. So it’s hard to rate the best. This is the best example of the classical Roman bar: tiny, plain, familiar. Drinking an average of some 6,000 coffees a day, clients range from all places have had coffee here. 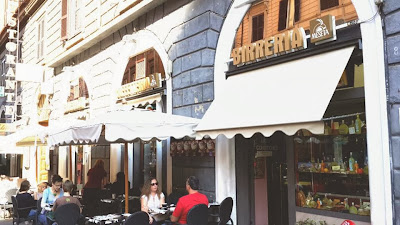 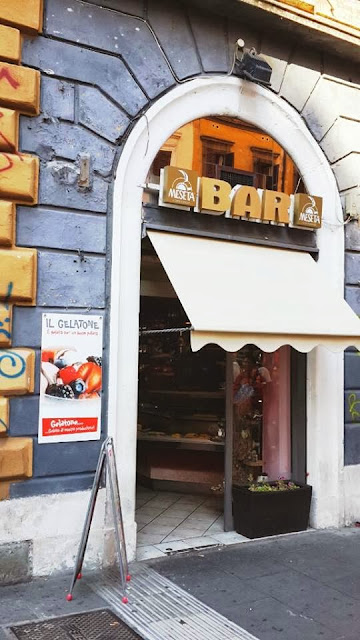 Here’s a quick guide to getting your dream caffé in Italy
Caffé - also known as Espresso or Caffé Normale
The classic. The one you can quaff in one shot. By far the most popular in Italy and your first step to become less of a straniero (foreigner). Toughen up. Leave your filthy froth, your ice, milk, choc chip swirls and vanilla bean tendencies back in your  hometown. You’re in Italy. It’s elegant, it’s fast, you can have another six throughout the day. Italians love their sugar but I advocate going pure and taking it ‘amaro‘ - without milk or sugar. It comes in a petite little espresso cup and generally you can ask for ‘un bicchiere d’acqua‘ (a glass of water), which will be thrown in for the same glorious price of around 80centesimi standing up at the bar. Rinse and repeat. Literally. 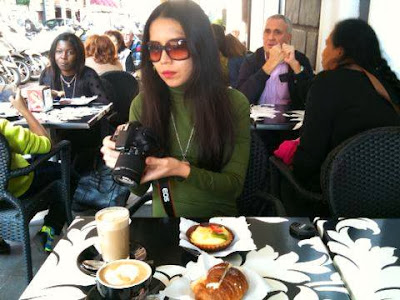 Caffé Corto (ristretto)
Shorter than a normal caffé in the same tiny cup. A drop of pure coffee for those on the run.

Caffé Lungo
Slightly more coffee but not as much as a café doppio (corsivo), which is literally a double shot espresso.

Caffé Americano
This is a long black, a safer option if you’re not ready for the strength of Italy’s espresso. Its name is somewhat patronising and when baristas see a foreigner and have to guess what you’ll order, it’s either this or a cappuccino.

Caffé Macchiato
Don’t look so upset. You probably wanted something a little creamier and less shoot-some-caffeine-directly-in-my-veins. With this one you’re not getting a milky coffee – you’re asking for the beverage above with a ‘stain’ or ‘macchia‘ of hot sometimes-frothed milk.

Caffé Freddo
This is basically chilled black coffee that they usually have already mixed with sugar in a bottle in the fridge so if you’re really against sweetners you will have to specify that you want it ‘non zuccherato‘.

Caffé Shakerato
The sexy cousin of the caffé freddo, this is sugar and black coffee shaken over ice and usually served in a martini glass with a delicious frothy crema that will have you swearing there were milk mixed in. You can sometimes find an alcoholic version as well but the classic is just a nice sober pick-me-up that Italians often throw down on a hot afternoon.

Cappuccino
This is closer to what you know from home, however, here you can mess up with your time of day. Order it for breakfast and you’re okay; take it after midday, with lunch/dinner or even dessert and you’re instantly a crude local.

Caffé Corretto
Coffee with a shot of grappa or liqueur. 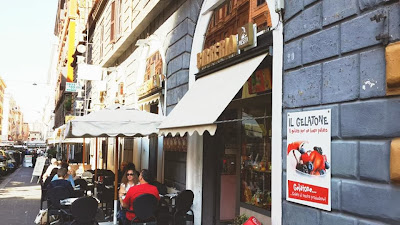 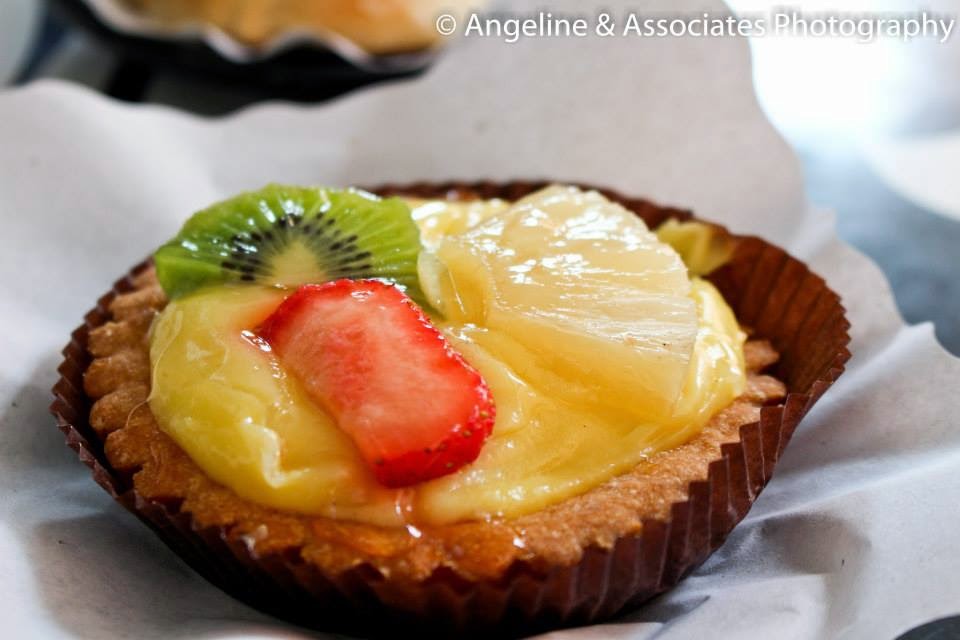 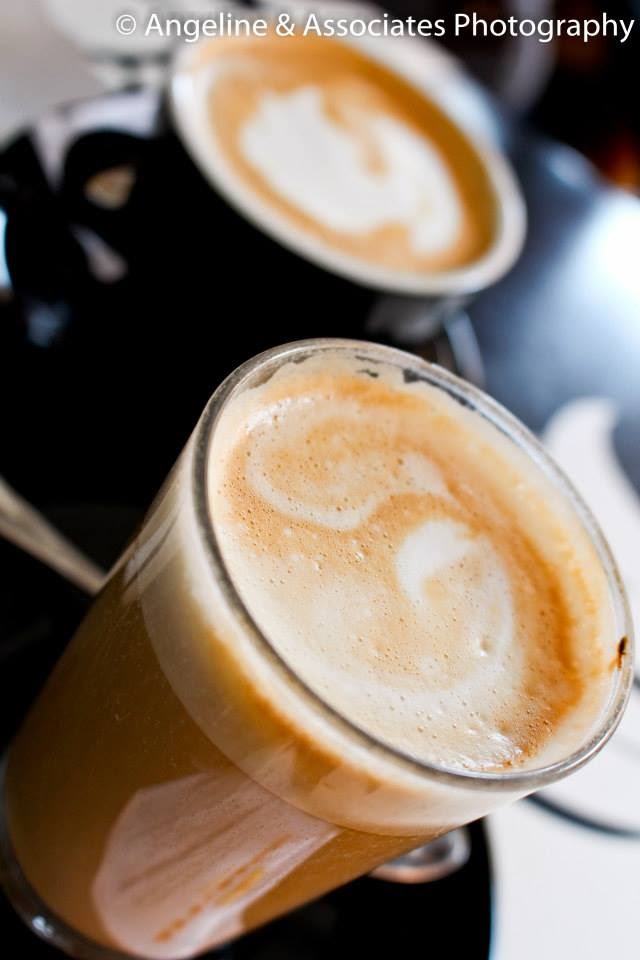 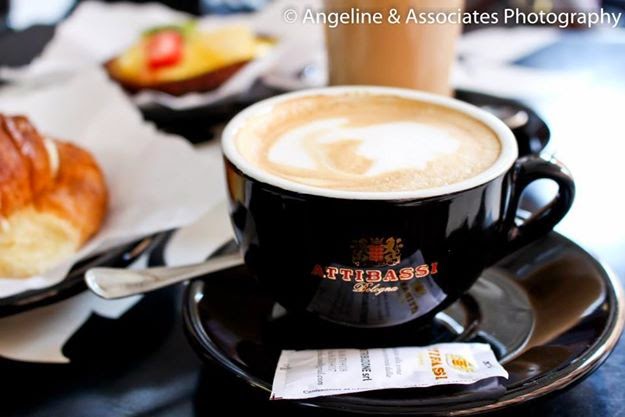 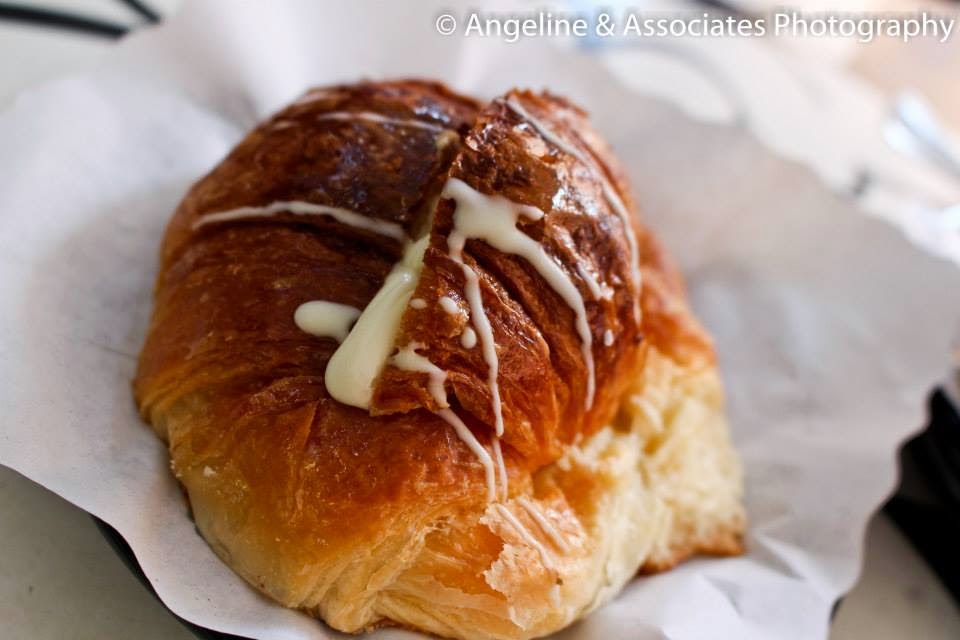 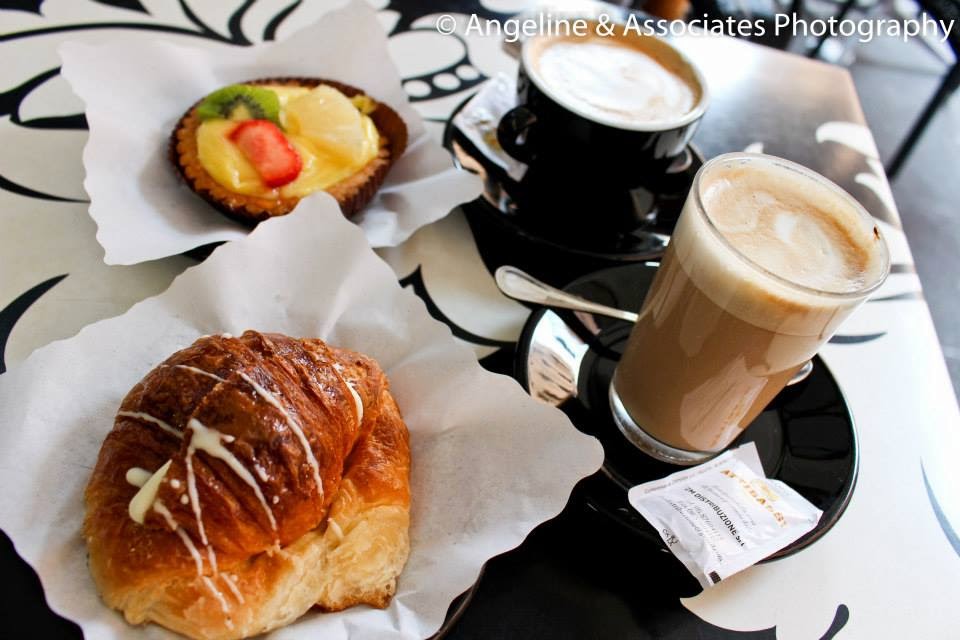 Everydayfoodilove.co/ angeline-ong-yoga.blogspot.com. Thank you for reading our posts. Our team media coverage touches mostly on lifestyle events and focuses on happening scenes in Kuala Lumpur and Kota Kinabalu. Invite us for food reviews, travel and hotel reviews, KL clubbing reviews and product launches. Our other interests include the movies, technology and photography. Subscribe to my facebook page. Contact us via my email at: angel_line78@hotmail.com or monicaong@hotmail.com or ronco_17@hotmail.com
attractions coffee Desserts Europe food Italy Rome Travel