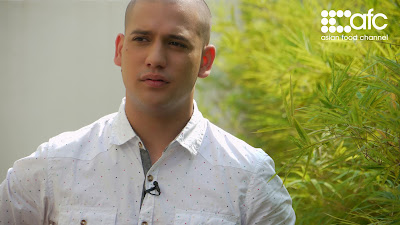 The six-part series (6x30mins), which is produced in collaboration with Unilever Malaysia, features Chef Nik creating thirst-quenching recipes using one of his favourite drinks –
LIPTON Tea! Join him as he travels through Kuala Lumpur, transforming the everyday tea into exciting and delicious drinks paired with scrumptious foods for his friends and family.

Derek Chang, Managing Director of Scripps Networks Interactive Asia Pacific, shares his feeling about the premiere of AFC’s latest original series “We are glad to have embarked on this partnership with Unilever Malaysia and look towards working on more complementary projects together in the future. Both AFC and Unilever Malaysia have long-standing relationships with the Malaysian community and we are thrilled to have the chance to provide them with original content, which stars one of their very own culinary talents. Scripps Networks Interactive looks forward to finding and cultivating more Asian talent in Malaysia and sharing such homegrown talent with the world. We welcome Chef Nik into the AFC family of Celebrity Chefs and we’re sure that we will be working closely again with him in the future.”

Victor Leow, Brand Manager Food & Beverages Unilever Malaysia adds, “Everyone at Unilever Malaysia is awaiting the premiere of Tea Twist as this is our first project with the Asian Food Channel. We are very excited to work with AFC and Chef Nik to showcase how tea can be an exciting beverage. LIPTON Tea is enjoyed regularly and we want to show tea drinkers and non-tea drinkers that tea can be turned into more exciting hot or cold concoctions with just a few simple everyday ingredients such as fruits, soda or herbs like mint. Who would not want a Mojito Tea or a Sparkling Ice Tea on a hot day or an Earl Grey Ginger Milk Tea Latte on a cold rainy afternoon? It is time to inspire everyone and in line with LIPTON’s bright image, we hope to inject more fun, lifestyle and inspirational elements into this program. We can’t wait to share the great taste of LIPTON Tea and we hope that consumers will embrace the new and exciting recipes featured on Tea Twist.”

Chef Nik is of Australian-Malaysian heritage and is the eldest of six siblings. Born in Selangor, Malaysia, he grew up under the cooking influence of his father, who used to own an Italian restaurant in Brisbane, Australia. This led to him developing an interest in cooking from an early age. At the age of 15, he started picking up cooking skills from his father and supplemented his talents with reading culinary books and websites. In 2011, Chef Nik was one of 24 finalists picked out of 500 contestants in the first season of MasterChef Malaysia. The show brought national spotlight to his cooking talent. With a burgeoning cooking career, Chef Nik decided to put his business education on hold and focus on the culinary arts. At the end of 2012, Chef Nik embarked on a culinary journey with his father, opening comfort food café PickNik in Kuala Lumpur. 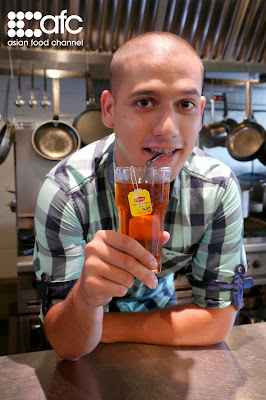 About Unilever
Unilever is one of the world’s leading suppliers of fast moving consumer goods with operations in more than 100 countries and sales in 180. We have some of the world’s best known and most trusted brands, with leadership positions in many of the home and personal care and food categories in which we compete. With products that are used over two billion times a day around the world, we work to create a better future every day and help people feel good, look good and get more out of life with brands and services that are good for them and good for others. More than 167,000 people worldwide work for Unilever. For more information, visit www.unilever.com.

Join Malaysian heartthrob Chef Nik Michael Imran as he transforms everyday tea into a refreshing tea suprise! Learn how to make your very own Mojito tea other delicious tea mocktails! Along the way, discover Chef Nik’s culinary talent, and peek into his fun-filled life outside the kitchen! Joined by his friends and family, you can be sure that you are in for an exciting time! Whether you’re looking to warm up your stomachs or cool down after a long day of work, Chef Nik will show you how to give your tea an exciting twist! 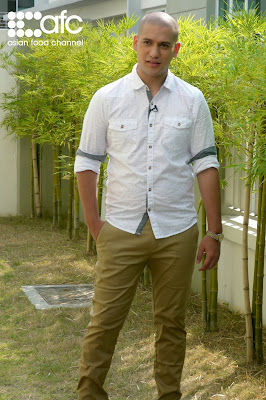 CHEF NIK MICHAEL IMRAN
Since becoming a finalist in the first season of MasterChef Malaysia two years ago, Chef Nik Michael Imran’s culinary career is bright and as promising as ever. His career is set to reach a high point as he hosts a brand new AFC Original Production, Tea Twist, in which he creates yummy tea-based drinks anytime, anywhere! Young and exuberant, the 23-year-old Malaysian chef has had an immense passion for food from the tender age of nine. The recent opening of his own restaurant PickNik not only solidifies his presence and popularity in Malaysia’s food scene, but also makes him one of Asia’s fastest rising young chefs.

Chef Nik is of Australian-Malaysian heritage and is the eldest of six siblings. Born in Selangor, Malaysia, he grew up under the cooking influence of his father, who used to own an Italian restaurant in Brisbane, Australia. This led to him developing an interest in cooking from an early age. At the age of 15, he started picking up cooking skills from his father and supplemented his talents with reading culinary books and websites. The first dish that he learnt to cook from his father was a French dessert, Crepe Suzette.

In 2011, Chef Nik was one of 24 finalists picked out of 500 contestants in the first season of MasterChef Malaysia. The show brought national spotlight to his cooking talent. With a burgeoning cooking career, Chef Nik decided to put his business education on hold and focus on the culinary arts.

At the end of 2012, Chef Nik embarked on a culinary journey with his father, opening comfort food café PickNik in Kuala Lumpur. With an open kitchen design, the restaurant serves up tasty contemporary dishes such as Grilled Lamb Cutlet with Kimchi Chilli Paste and Spaghetti Aglio Olio.

Chef Nik aspires to write a book on the philosophy of Malaysian ‘kampong’ cooking. He believes that such a publication would help to bring recognition to traditional Malay cuisine as the cuisine and its unique cooking methods have never been documented in such detail before. 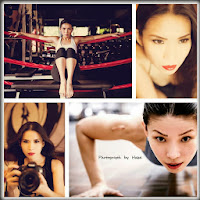 Everydayfoodilove.co/ angeline-ong-yoga.blogspot.com. Thank you for reading our posts. Our team media coverage touches mostly on lifestyle events and focuses on happening scenes in Kuala Lumpur and Kota Kinabalu. Invite us for food reviews, travel and hotel reviews, KL clubbing reviews and product launches. Our other interests include the movies, technology and photography. Subscribe to my facebook page. Contact us via my email at: angel_line78@hotmail.com or monicaong@hotmail.com
Advertorial AFC beverages Info Kuala Lumpur Food