A talented professional with a passion for leadership and coaching who has won a string of coveted awards during his 20-year career has been named Meliá Koh Samui’s executive chef. Malaysian national Azizskandar Awang has joined the 159-room and 31-suite luxury resort on Koh Samui’s north-eastern coastline in the Gulf of Thailand, with ambitions to establish the island’s top fine dining restaurant at the new property. 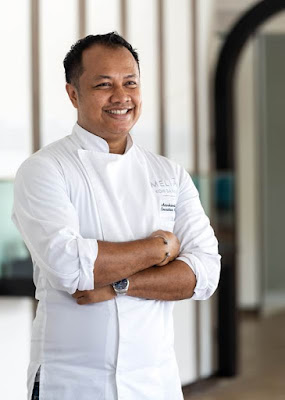 Before joining Meliá Koh Samui, Awang was the executive chef at Anantara Lawana Koh Samui Resort for almost four years, where he managed 55 chefs and clinched the prestigious Chef Hotelier of the Year award at the Hotelier Awards Asia 2018 amid more than 300 applicants. Other accolades under his stewardship include Thailand Tatler naming the resort’s Tree Tops restaurant among Thailand’s top 10 fine dining restaurants in 2017. He was also dispatched to Anantara properties in the Maldives and Portugal to manage large teams of chefs for several months at a time.

He started his career as a commis chef at the Renaissance Palm Garden Hotel in 2000, and was hailed the Best Young Chef in Malaysia in the 2004-05 Young Chefs Challenge.

Meliá Koh Samui celebrated its grand opening on January 10, unveiling a host of world-class facilities including two restaurants, a swim-up bar, a lagoon pool that “loops” through its grounds like a river, a two-level infinity pool, an executive lounge, spa, fitness centre, ballroom and conference facilities and, for families, a kid’s club, outdoor playground and mini water park.