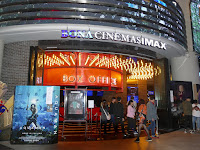 Genting Highlands, 19th January 2018 - The exciting experience of watching a cinematic masterpiece 6,000 feet above sea level has just gotten a huge adrenaline boost. Bona Cinemas in Resorts World Genting introduced two new experiences on 1 December 2018 that will allow audiences to immerse themselves even further inside the thrilling realm of motion pictures, adding IMAX and Gold Class with D-BOX halls to its gilded cineplex in the heart of SkyAvenue mall.
“The movies are about dreams, imagination, art and, to a certain extent, escapism. Our audiences in Resorts World Genting will be able to enjoy the latest films in these awesome settings with the best of technology,” said Dato’ Edward Holloway, Executive Vice President of Leisure & Hospitality, Resorts World Genting. “Whether in the awe-inspiring expanse of IMAX or the engaging luxury of the seats, the experience of watching movies at Bona Cinemas is really impressive and innovative. Films are a gateway to a universe crafted by imagination and creativity, and with the addition of our IMAX and Gold Class with D-BOX halls, there is no better gateway into cinematic perfection in Malaysia than at Bona Cinemas in Resorts World Genting.” 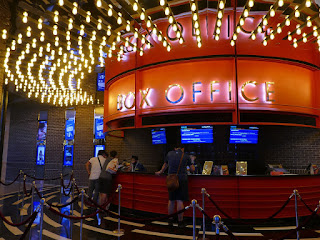 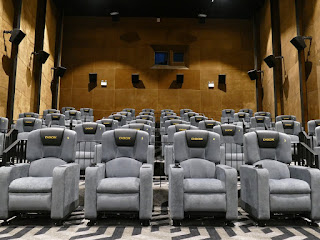 The collaboration between Resorts World Genting and China’s Bona Film Group, Bona Cinemas was unveiled earlier this year as the Chinese film giant’s first foray into the Malaysian market. Bona Film Group is an integrated film and television production, distribution company and exhibition company, being the first private firm to receive a film distribution licence from the Chinese state in 1999. From there, Bona has now become one of China’s largest film production houses, having funded and created over 230 films, including titanic hits like Operation Red Sea (紅海行動), Project Gutenberg (無雙), Big Brother (大师兄), The Taking of Tiger Mountain (智取威虎山), The Grandmaster (一代宗师), Flying Swords of Dragon Gate (龙门飞甲), Dragon Tiger Gate (龍虎門) and Confession of Pain (傷城). In addition to production and distribution, Bona Film Group also owns and directly operates 61 theatres in China under the Bona brand, and in February 2018, opened its first overseas cineplex in Resorts World Genting.

Since its opening, Bona Cinemas has proven to be incredibly successful, offering guests the opportunity to watch hit movies in Mandarin, Cantonese, English, Korean and Thai in plush comfort with cutting-edge audio-visual technology. The addition of IMAX and Gold Class with D-BOX adds more feathers to Bona Cinemas’ cap. IMAX technology, derived from the words Image Maximum, is widely considered the gold standard in motion picture immersion, able to capture images of greater size and resolution to bring even the smallest of details and sounds to life with a visceral punch. Some movies – particularly those from director Christopher Nolan – make full use of the IMAX video format, which is ten times larger than the standard theatre 35mm format, but all films at Bona Cinemas have undergone a proprietary Digital Re-mastering process to truly bring the original movie to life. One of only a handful of IMAX screens in Malaysia, Bona Cinemas IMAX hall seats an audience of up to 250 viewers, each one encased in a bubble of audio-visual paradise that propels the movie-watching experience to a whole new level. 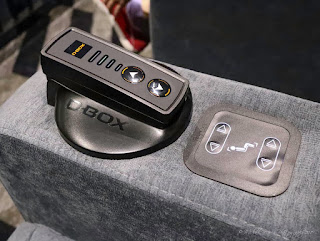 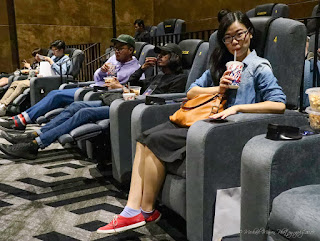 Equally impressive is the cinema’s Gold Class with D-BOX hall that seats up to 48 viewers. A first in the Malaysian market, Bona Cinemas has combined the luxurious pleasure of Gold Class VIP seats with the dynamic feedback of D-BOX technology. Each seat is equipped with the D-BOX patented motion system with four levels of intensity control, which swivels and tilts on a two-axis configuration to truly bring the viewer into the thick of the action. Combined with the latest Dolby Atmos audio system that wraps the audience with three-dimensional sound, the hall will make guests truly feel like they are part of the scene – along for the ride in thrilling chase sequences and feeling the weight of every single impact, whether physical or emotional.

Bona Cinemas is located on Level 1 of SkyAvenue mall in Resorts World Genting. The cinema has a total of six halls, covering 38,848 square feet. All halls are equipped with the latest Dolby Atmos sound system for maximum cinematic immersion, and a wide variety of snacks are available at the concession stand. SkyAvenue is also home to the Awana SkyWay cable car, various dining outlets including alfresco dining on Level 4, retail outlets, the nightlife space Zouk Atrium, Ripley’s Believe it or Not! Adventureland and the Skytropolis Funland which was soft-opened on 8 December 2018.

Everydayfoodilove.co/ angeline-ong-yoga.blgspot.com. Thank you for reading! We are currently expanding our reach in South East Asia to bring more for your next leisurely consideration. Our media team does media coverage for a wide variety of topics, ranging from Lifestyle events, HoReCa (Hotel, Restaurant and Cafe) reviews, Upcoming Clubs and Product launches. Our other interests also include but are not limited to dance, fitness, movies, technology and photography. Please subscribe to our facebook page. If you would like to get in touch with us, please contact us via email at angel_line78@hotmail.com, monicaong@hotmail.com, or michael.marvin.photography@gmail.com.
Cinema D-BOX Genting Highlands Gold Class IMAX Resorts World Genting