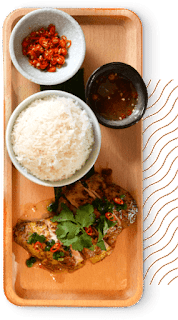 Storied Saigon Restaurant, Vietnam House, Gets a Fresh Look and a Celebrity Chef Restaurateur, author and MasterChef host, Luke Nguyen, collaborates with leading Vietnamese hospitality group to raise the bar on Vietnamese cuisine. Vietnam House, a downtown Saigon restaurant that first opened in 1992 in a 1910-built colonial French building, has re-opened with a celebrity chef at its helm and one of the country’s most dynamic hospitality companies, WMC Group, leading the way. 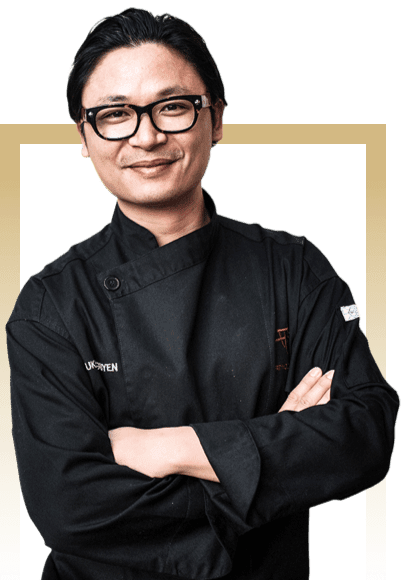 WMC Group, which opened The Reverie Saigon hotel in September 2015 to worldwide acclaim, and Chef Luke Nguyen have teamed up on the Chef’s first restaurant project in the country. Though the restaurant’s facade on the city’s famed Dong Khoi Street stays true to its French colonial roots, the restaurant’s interior is an exploration of the same lavish design that’s informed the interiors of the nearby Reverie Saigon. 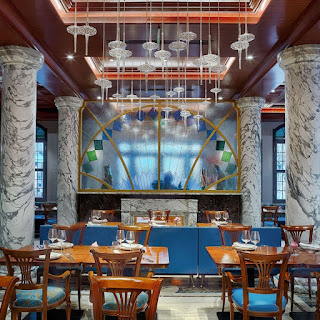 “With the debut of The Reverie Saigon and the re-opening of Vietnam House – as well as other projects we’ve launched in the past year and those we have in the pipeline – we see WMC Group as a beacon for a progressive and dynamic Vietnam,” said Eva Hue Van Truong, managing director of The Reverie Saigon and CEO of WMC Group. “With every new addition to the Group’s rapidly expanding and increasingly diverse portfolio, we’re stirring up conventional perceptions of our rapidly modernising city and introducing new perspectives to locals and international travellers alike.” 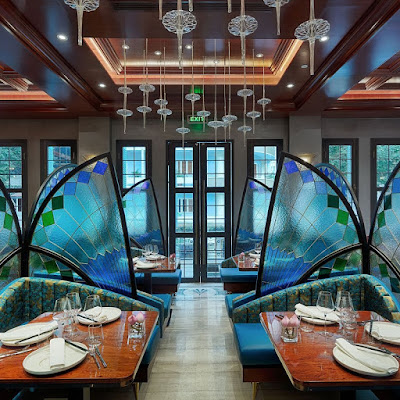 Opened originally as Cafe L’Imperial in the early 1900s, the first Vietnam House opened in 1992 and quickly set a standard for the atmospheric appeal of high-end Vietnamese dining. The latest incarnation will elevate the experience through its posh decor and Luke Nguyen’s distinctive culinary vision. 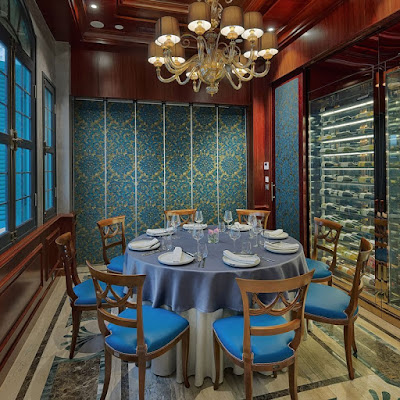 The Australian-born Vietnamese chef brings numerous accolades and experience to his latest endeavour. Nguyen has hosted the popular ‘MasterChef Vietnam’ television program in the country in addition to making guest appearances on the show’s Australian edition. He has also authored several award-winning cookbooks, opened a number of popular restaurants in Australia, and led armchair travellers through culinary journeys of the Greater Mekong, Vietnam, United Kingdom and France, with travel shows that have aired in over 150 countries. 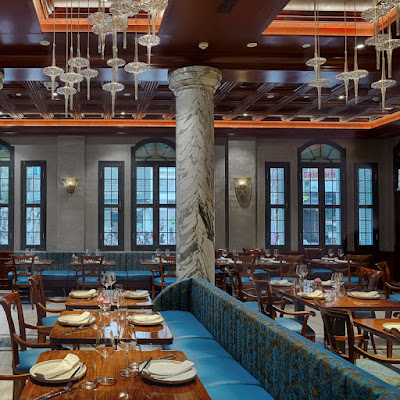 “With Vietnam House, I’m bringing together the strands of my heritage, my journey of discovery in Vietnam and my career in the culinary industry to make this place something very special,” said Nguyen. 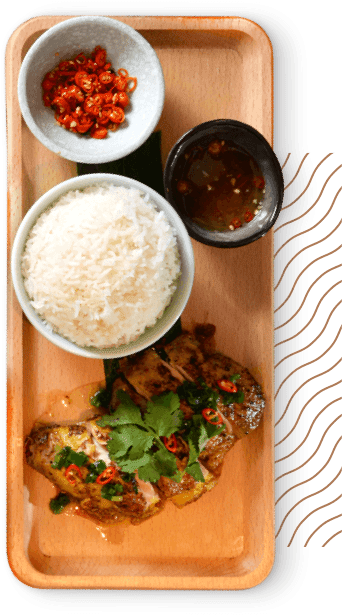 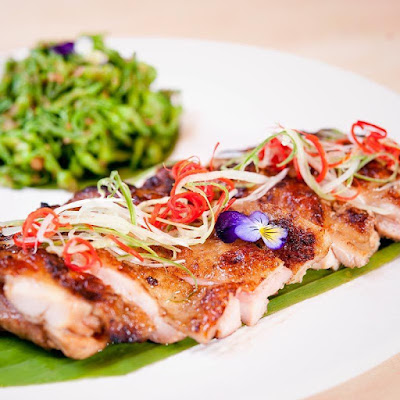 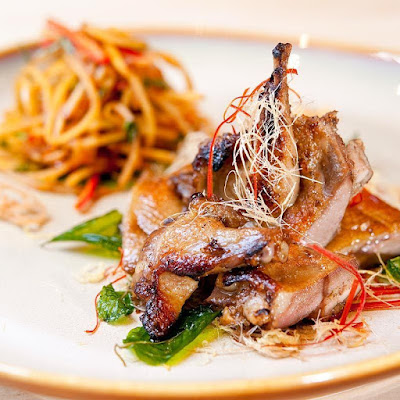 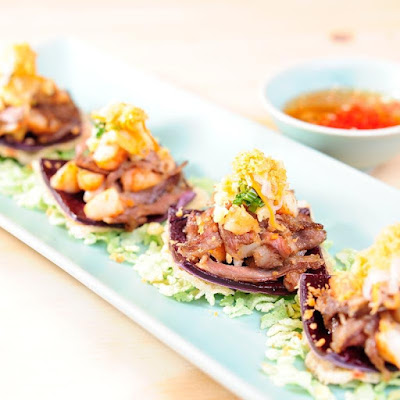 It’s through his exploration of Vietnam that the chef crafted a menu that spans the length of the country. Familiar favourites, like banh xeo, a crispy Vietnamese-style savoury pancake filled with local produce and fresh tofu, sit alongside elevated versions of classics such as Wagyu Beef Pho and Wagyu Beef La Lot, succulent Japanese beef served with betel leaves, herbs and angel hair noodles. 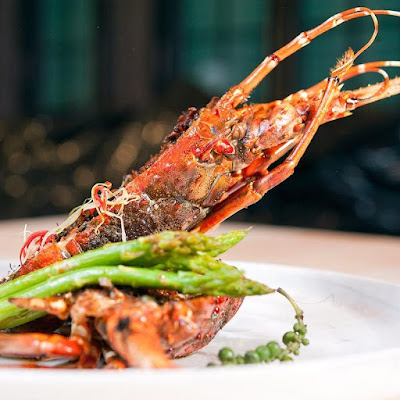 Nguyen’s influence from Down Under comes through with fusion dishes such as Australian pork ribs slow-cooked in young coconut juice and served with carrot puree and choy sum. Seafood also plays a prominent role on the menu, from char-grilled lobster in a Phu Quoc pepper sauce, an island in Vietnam’s south famous for its spicy pepper, and soft rice paper rolls with seared sesame salmon. 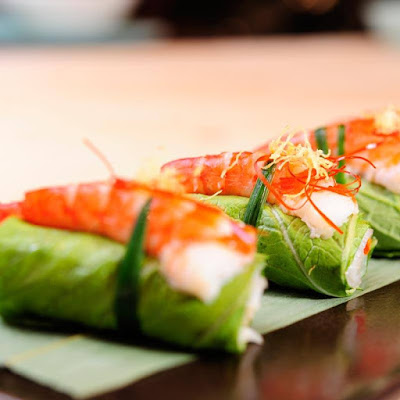 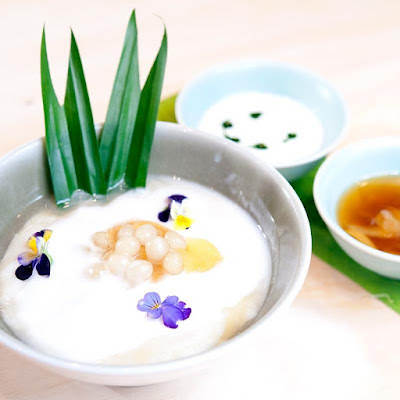 Vietnam House acts as a local complement to The Reverie Saigon’s dining venues, which highlight the best in French, Italian and Chinese cuisine. As with Vietnam House, the country’s only member of The Leading Hotels of the World has collaborated with culinary stars from the respective countries to ensure each cuisine’s authenticity. 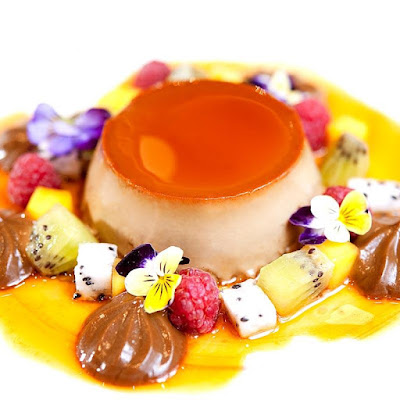 About Luke Nguyen
With an endless series of accomplishments under his belt, Australia-born Vietnamese celebrity chef Luke Nguyen has made quite the name for himself over his culinary career. At only 23, Luke realised his dreams by opening his first restaurant, the critically acclaimed Red Lantern in 2002. Luke is also the man behind the much-loved Fat Noodle, an Asian noodle bar concept at The Star in Pyrmont Sydney as well as in Brisbane. While cooking is his passion, so is his love for imparting culinary wisdom. Luke is the author of seven best-selling and award-winning cookbooks, including Secrets of the Red Lantern, The Songs of Sapa, Indochine, Luke Nguyen’s Greater Mekong, Food of Vietnam, Luke’s Food of France and Street Food Asia.

Recently, Luke was inducted into the Food Hall of Fame for his popular cooking and travel programs televised in over 150 countries, including Luke Nguyen’s Vietnam, Luke Nguyen’s Greater Mekong, Luke Nguyen’s France and Luke Nguyen’s UK. He is also the host of Masterchef Vietnam series 1 and 2, and has even made special appearances in Gordon Ramsay’s Great Escape and Masterchef Australia.

Guided by the company vision and mission, WMC Group is now embarking on a dynamic path of expansion and growth to become one of Vietnam's leading hospitality and property management groups.

Everydayfoodilove.co/ angeline-ong-yoga.blogspot.com. Thank you for reading our posts. Our team media coverage touches mostly on lifestyle events and focuses on happening scenes in Kuala Lumpur and Kota Kinabalu. Invite us for food reviews, travel and hotel reviews, KL clubbing reviews and product launches. Our other interests include the movies, technology and photography. Subscribe to my facebook page. Contact us via my email at: angel_line78@hotmail.com or monicaong@hotmail.com
Advertorial Celebrity Chef Saigon Vietnam