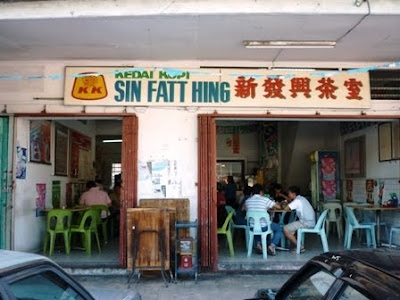 There was a sudden craving for some heavy breakfast, and somehow the first thing that came to mind was Tuaran Mee. It is said that the best hot dogs are served at coney island theme park, whereby it is the home of the original hotdog. So for Tuaran mee, naturally, one would go to Tuaran town to have the best. Fortunately, you don't have to take that long trip just to satisfy this devilish craving for heavy oily noodles. 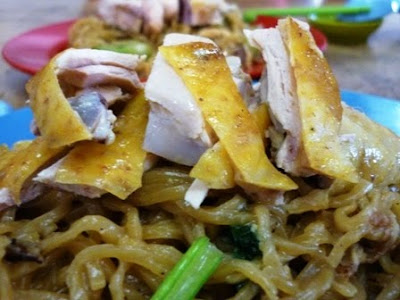 It has been long known that the shop opposite S.M All Saints make one of the best Tuaran Mee, so we braved the sunday morning family crowd to have a go at this supposedly good chow. The name of the eatery is Sin Fatt Hing and as mentioned earlier is right opposite of S.M. All Saints.

What I love about their version of Tuaran mee is that it has a rather spongy texture, as if the noodle was allowed to soak in water a little while longer. Is is said that a dry and brittle tuaran mee defeats the purpose as you might as well eat other noodles. The whole purpose for tuaran mee is in its spongy, wet and oily texture, and Sin Fatt Hing delivers in that sense. The downside is that after a few mouthfull of this dish will leave you feeling rather full, as you would after eating porridge, and I suspect we will feel hungry after not too long as the noodle is "bloated" with water rather that having actual mass. It also feels a little too oily after awhile, so its best to order some sour drinks such as iced lemon or kit chai ping.

You could choose from chicken or pork, but a quick look around found no one ordering seafood or fish. Do post a comment if you think that there are other shops that serve an even better tuaran mee, as we don't feel this shop is as good as they were during their heydays. Its condiments, like chilli was also not spicy enough to bring up a good appetite. Our other misgiving is that the price of RM5 for a plate is rather pricey, but then again one would argue that traders are simply keeping up with the cost of materials. Sigh!! But to be fair, there was rather a generous portion of chicken. 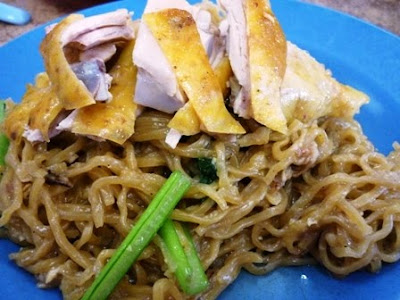 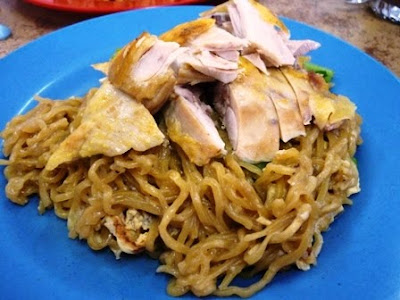 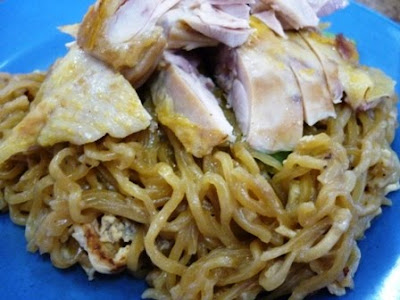 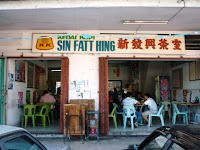 Angeline said…
Yeah, can't get in KL. Even the beef and fish noodle here are different from KL one, KK one better for this two.
December 6, 2009 at 5:27 PM

Mr.Alien said…
real tuaran mee have to eat at tuaran
with own made cha sau and sau nyuk
tuaran is not very far from kk
December 6, 2009 at 8:17 PM

Monica said…
Mr. Alien: Thanks for your info, will go there and try.