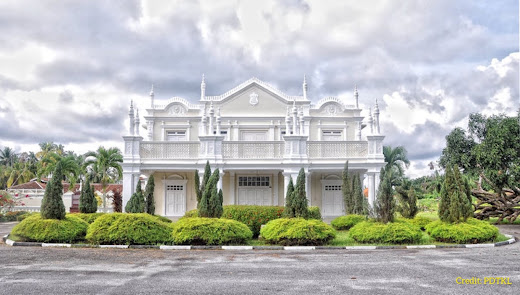 Witness and Appreciate Mesmerizing Architecture in the State Some Time Later - #ImagineNowExperienceSoon. If you are looking for a destination that offers unique and interesting architecture; why not check Selangor out? Witness for yourself the State’s many fascinating and mesmerizing buildings when the right time comes. Most of the buildings’ built were influenced by local heritage and beliefs. Here are 6 examples of Selangor’s stunning architecture for you to appreciate in the future! - #ImagineNowExperienceSoon! 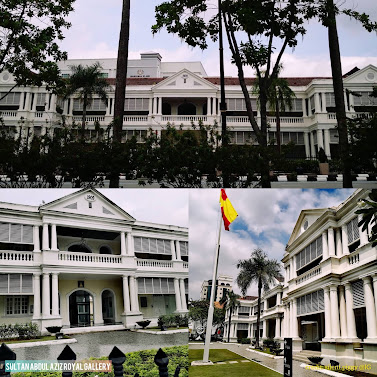 Sultan Abdul Aziz Royal Gallery is located in Royal Klang Town. It was formerly known as the Sultan Suleiman Shah Building. This stunning Gallery showcases the history and heritage of the Sultanate of Selangor which dated as early as 1766, and features impressive exterior. Sultan Abdul Aziz Royal Gallery was built magnificently in 1909, taking a colonial design and built by a British architect, Arthur B. Hubback. The Gallery was established in honour of HRH Sultan Sharafuddin Idris Shah Alhaj and opened to the public on November 1st, 2007. Do not miss the chance to see this breath-taking building which offers precious historical experience too! 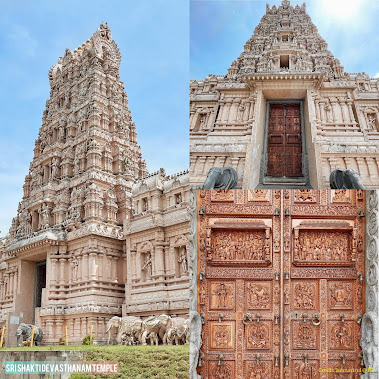 Sri Shakti Devasthanam is the only temple in the world with a manifestation which comprises a total of 51 Shakti statues along its internal corridor. Consciously-interspersed within the space are 96 carved pillars depicting 96 principles of Hinduism. The temple is located approximately 9.5 kilometres from Kuala Selangor district, and was built in accordance to the ancient scriptures such as Veda, Agamas and Sirpa (architecture) Sastras. This architecture also incorporates all of the structures of an Amman Temple according to religion of Hindu. Another of its stunning feature is the main door - sculptured granite weighing up to 4 tons and carved at 18-foot high by a skilled craftsman from Mahabalipuram, Tamil Nadu, India. Bandar Palace, Banting Bandar Palace which is also known as the Alaedin Palace was built in 1899, located about 15 kilometres from Banting Town and near to the Bandar Mosque. This double-storey palace’s structure includes various rooms, including a royal bath (Kolam Mandi Diraja), throne room (Balai Rong Seri), banquet room (Kamar Santap Diraja) and many more! Almost the entire structure of this palace was made of brick and lime mortar. In addition, the stairs and doors were made from high-quality chengal wood. Interestingly, the Palace features Islamic architecture with Indian and the Middle East influence which focuses on carving element and chisel techniques. If you are curious about the beauty of the Bandar Palace, be sure to visit it with your friends and family one day! 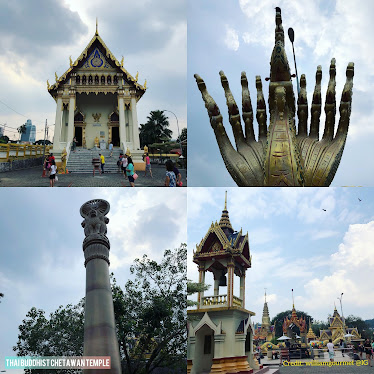 Next; let’s visit a temple that never fails to impress whoever that walks by it! Wat Chetawan is a famous Buddhist Temple in the State of Selangor and is located in the heart of Petaling Jaya near Jalan Gasing. It was established by King Bhumibol Adulyadej in 1957. Its structure also portrays the Siamese reign from that era. The temple was completed in 1962, decorated with stained glass tiles and has multi-storey roofs surrounded by chor fahs which completed the architectural element of a Buddhist temple of that time. Today, Wat Chetawan Temple is one of the temples that still stands majestically; great for a visit! 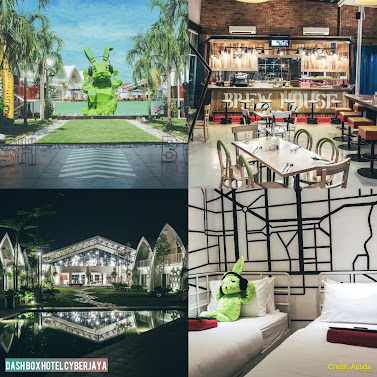 Dashbox Hotel located in Cyberjaya is where you should go for a staycation over the weekend, with beautiful surrounding and great architecture to appreciate. From afar, you will be able to see a giant green bunny which is the icon of the hotel. It offers different types of rooms to choose from; and most of them are strategically-built facing the swimming pool. Also, here, you may enjoy the beautiful scenery at night illuminated by LED lights all the way through the garden. It will definitely be a pleasure staying here especially to families with small children 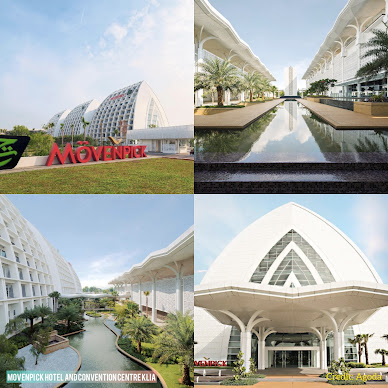 Mövenpcik Hotel & Convention Centre, KLIA is one of the leading hotels in Malaysia. The hotel itself is an incredible work of architecture which takes influence of the Malaysian culture. Incorporating Islamic architecture, the exterior of the hotel has a pattern that symbolizes Islamic geometric art and Kufic writing - the earliest Islamic calligraphy used in the Holy Quran. On top of that, there is a park with an area of 7.2 hectares here for a peaceful getaway. It is a perfect destination for your next stay with your family!

Interesting, isn’t it? So, do not miss the opportunity to explore these destinations. No need to go far out of the country; you can witness impressive architecture around the State of Selangor. You might also learn a bit of history alone the way. Hence, make sure to include the destinations listed above in your itinerary for your trip to Selangor after Movement Control Order (MCO) ends! - #ImagineNowExperienceSoon.

However, it is to be reminded, we should all comply with the standard operating procedures (SOPs) set by the National Security Council, ensure social distancing, wear face mask at all times, use hand sanitizer regularly and register through “SElangkah: Langkah Masuk Dengan Selamat” mobile application when entering premises in the State of Selangor.

Tourism Selangor is Selangor State’s Official Tourism Promotion Agency established to increase the number of local and international tourists to Selangor by enhancing and developing the known as well as the undiscovered beauty of the State. Many initiatives are taken to achieve this such as organizing local and international campaigns, events, overseas tourism trade missions, local roadshows and many more.