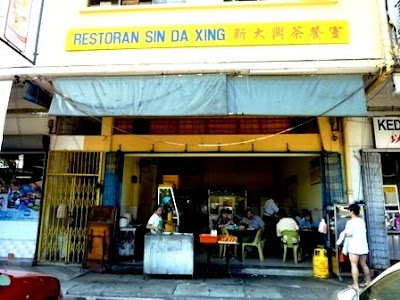 Restoran Sin Da Xing
Location: opposite of All Saints School, Near Giant,Likas
$$ 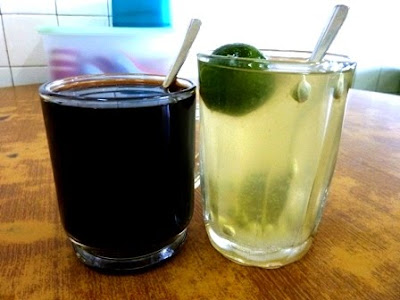 Not long ago, Jack brought me to Kedai Kopi Sin Fat Hing for Tuaran Mee and claimed that it was one of the best Tuaran Mee in KK. After the post was published, one of our blog's viewer had suggested the middle shop at the same shop lot area serve a better Tuaran Mee.
Early in the morning, we went to Likas for food hunting. After searching for a while, we found Restoran Sin Da Xing. I guessed this is the shop that our blog's viewer had mentioned. 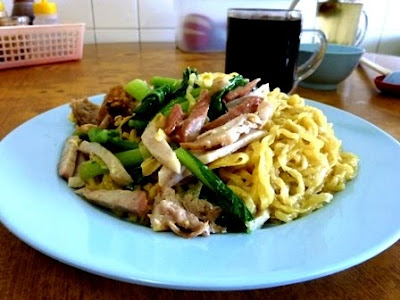 Tuaran Mee with Roasted Pork and Char Siew RM4.50
The Tuaran Mee was not bad. At least, I think better than Kedai Kopi Sin Fatt Hing. It was spongy, wet and not too oily. Even after few bites, you won't get bored with the taste. It comes with lots of roasted pork and Char Siew too. 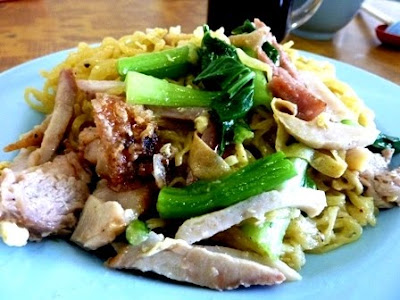 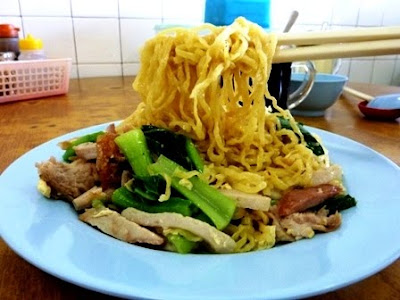 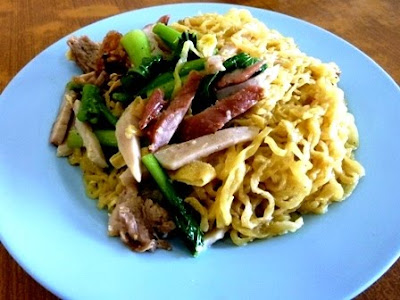 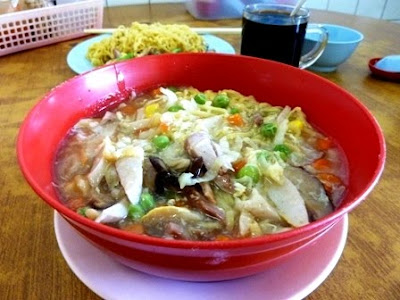 Loh Mee RM5
I was curious with their version of Loh Mee, so I ordered one to try. Surprisingly, they used Tuaran Mee to cooked the Loh Mee. It comes with black vinegar as condiment. By adding in the black vinegar, the Loh Mee will taste more appetizing and flavourful. It was quite good but I have to finished it fast before the noodle soak-off all the soup. 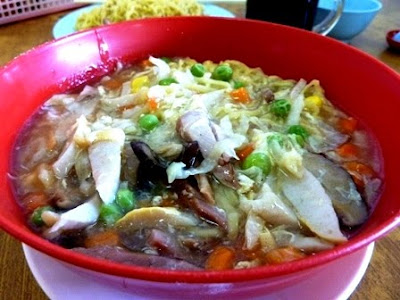 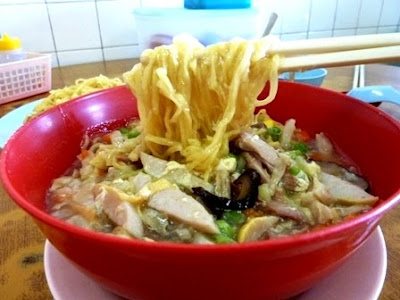 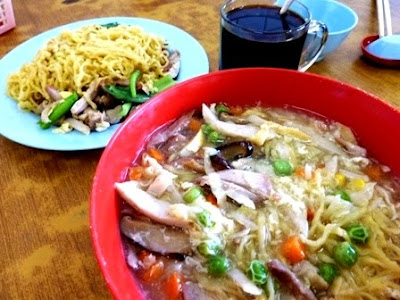 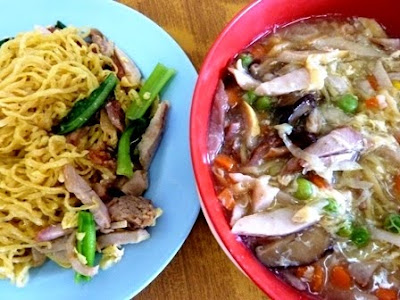 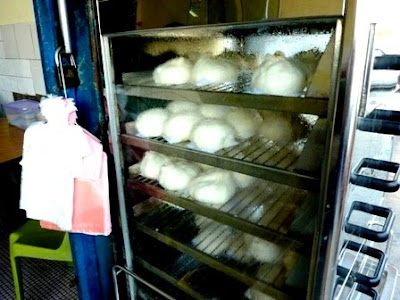 The shop also sell Paus, Kuihs and Economy Noodle in the morning. 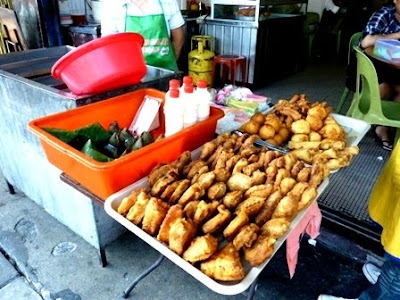 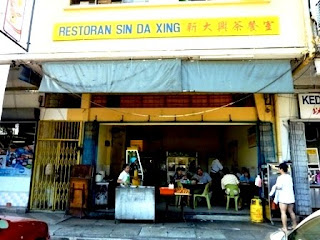