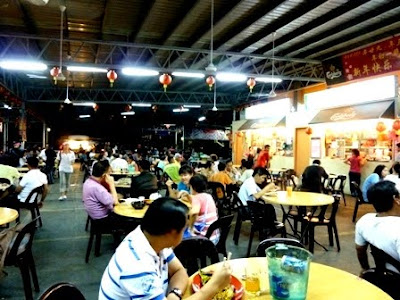 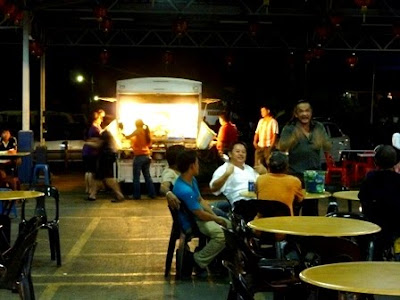 
Finally, there is a place in KK where we can find a variety of hawker food at night. Still remember the week before, I accompanied my mom to Lido Market and surprisingly saw some hawker stalls which seems to be very new and will be operating at night time. I wasn't sure whether they had start operating or just open for rent.
As Angeline wanted to eat Luk Luk at Lido, we decided to check out the place as well. Believe me, if you haven't been there yet, you will be surprise by the crowds and the hawker stalls available there. 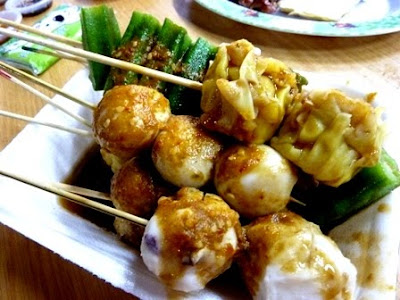 All this Luk Luk for RM11.40
While I'm picking up my Luk Luk order, Jack and Monica are taking photos of their food 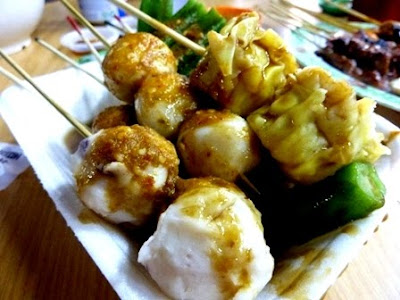 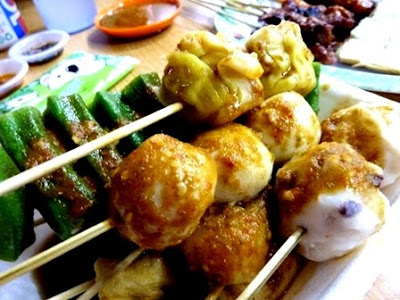 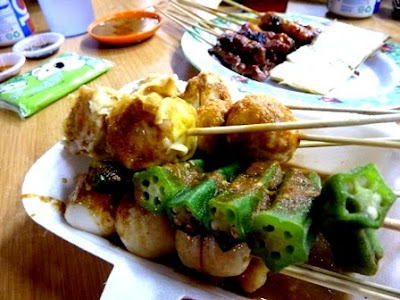 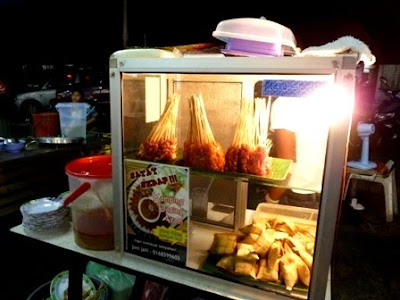 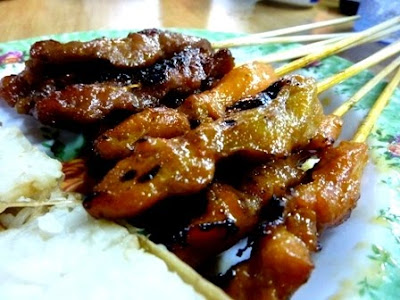 By looking at the appearance of the Satay, we were unsure whether it would be good. However, it was not bad. The meat was well-marinated and evenly barbequed with very little charred parts. The peanut sauce was good too. 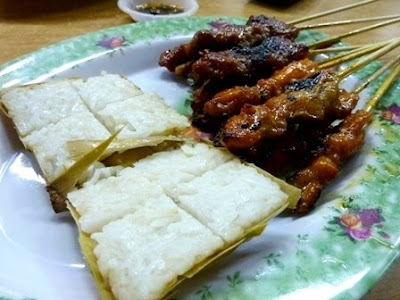 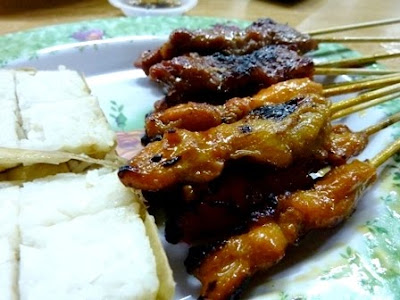 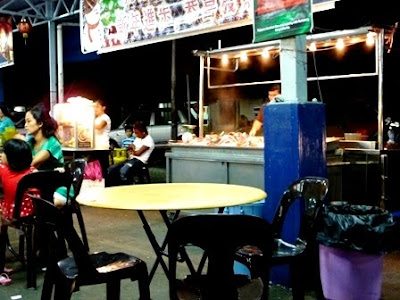 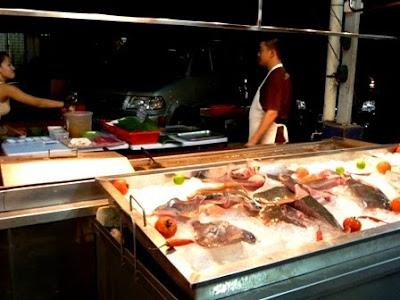 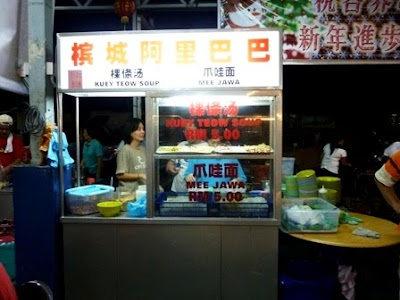 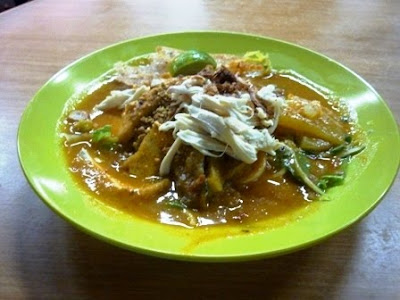 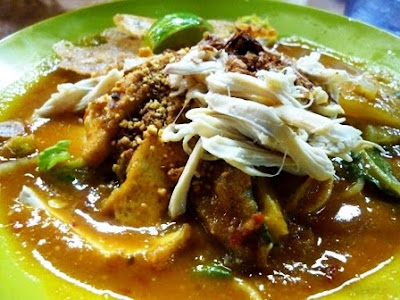 Mee Jawa with Shredded Chicken, RM6.50
Jack had never try Mee Jawa before. He was tempted to try one when he saw other patron's orders which looked delicious. The normal Mee Jawa only cost RM5 but Jack requested to add some shredded chicken which cost an extra RM1.50. Taste wise, it was not bad. Sweet with a little sourish taste. If you like Pasembur, you might like this. My only qualm was it tasted a little bit too sweet to my liking. 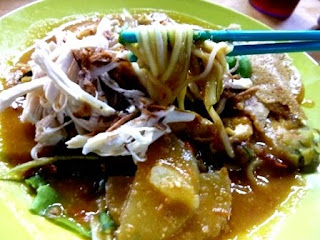 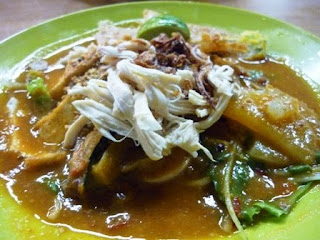 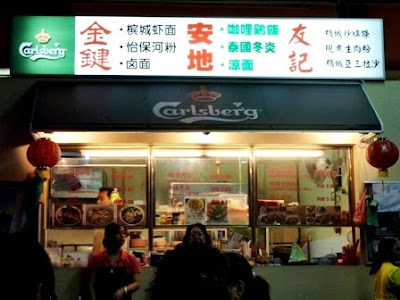 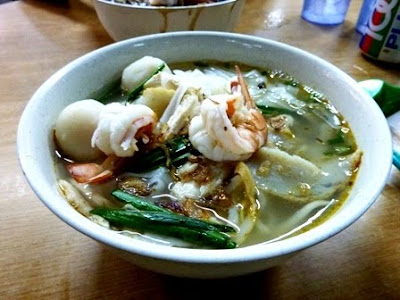 Elaine ordered the Ipoh Koay Teow Soup. The portion was big and it comes with two fresh prawns,  shredded chicken , fish cakes and fish ball. It was good. The soup was sweet and savoury and not as oily as OLDTOWN. 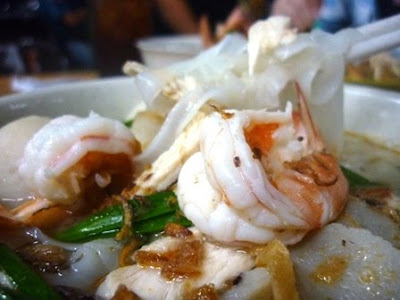 I ordered the Lum Mee from the same stall where Elaine ordered her Koay Teow. 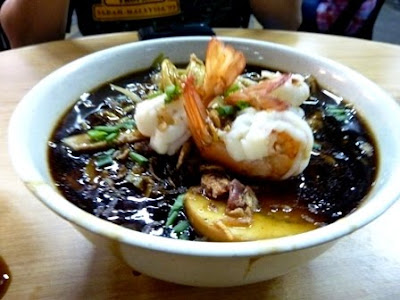 Lum Mee RM5
Although the Lum Mee appearance wasn't appealling at all, but the taste was good. So far, I had never try any good Lum Mee at KK before. This considered not bad. It comes with fresh prawns, shredded chicken, shredded pork, fish cakes and egg. However, it was not using thick noodles but the normal yellow noodle. 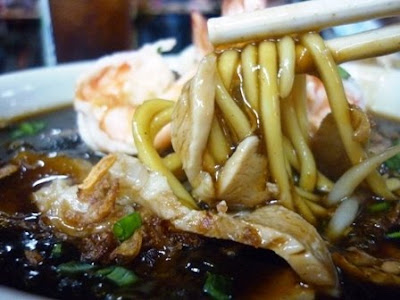 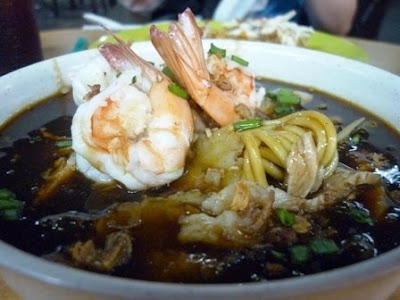 Jack noticed that most patrons were there for the Salted Herbal Chicken. The aroma was very good but too bad that we only found out through out the end of our meals. We will sure be back again to try out other stalls. 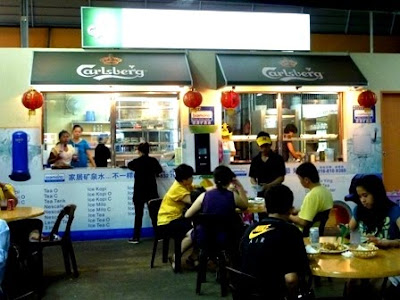 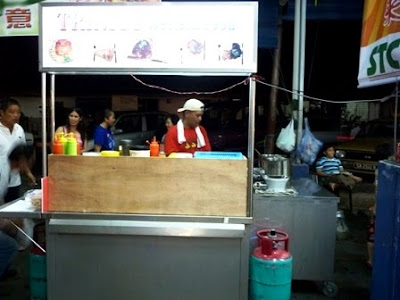 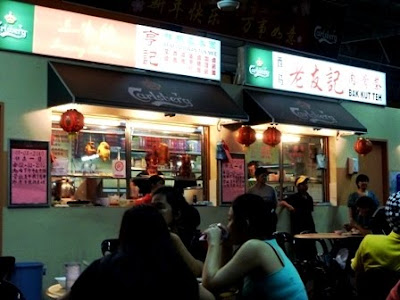 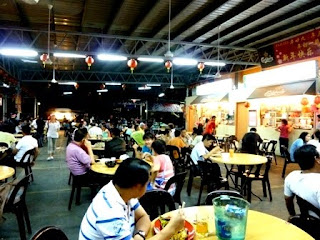