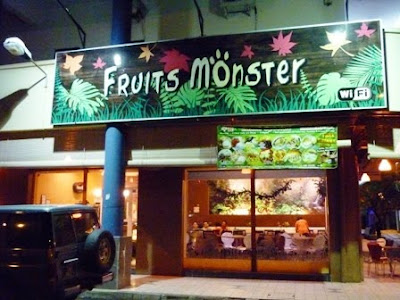 The namesake "Fruits monster" certainly doesn’t befit its nourishment offering to the public. All these time, fruit monster gave me the impression that it’s all about dessert and ice-cream, rather than a full fledged eatery. I couldn’t be any more wrong. I’m sure there are a handful of those who hold the same perception as I, therefore, this blog will hopefully squash those misconception.

The banner out front that greets its hungry seeker, previews their tasty but somewhat unorthodox menu, “curry chicken in a box” is not what you probably think it is.

As we step into the restaurant, we were rather surprised that it was empty, save for (presumably at first, but later proven) the owners’ friends occupying a table. 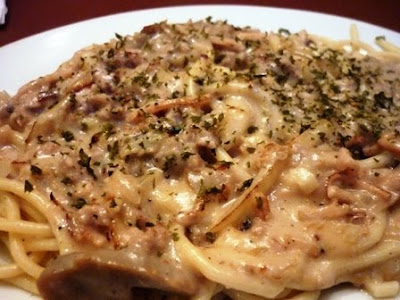 Our dinner tonight consists of Cheesey ham toast, cheese sauce chicken ham spaghetti, and watermelon snow love. (Tis’ for 2 persons, mind you, tee-hee). A quick rewind, and I can tell you this was not what we wanted. Our initial order in mind was Curry Chicken in a box, which is actually curry chicken filled in a makeshift bowl made up of big bread cube. (the bread is edible), beef salami sandwhich and watermelon snow love. To my disappointment, their elusive curry dish is unavailable, so I changed it to 1 piece of cheesey ham toast, 1 piece of cheesy tuna toast, beef salami sandwhich, and the same dessert. A few minutes later, the kind waitress told us that the beef salami is also unavailable, which brings us to change it to the earlier mentioned spaghetti. For me one of the ultimate sin of a restaurateur is to miss and order (yes, worse than finding hair in your grub), and this eatery committed this heresy by forgetting my cheesy tuna toast!! You would think that they would frantically hold on to what little night-time customers they have left. But I was wrong about this restaurant for the second time tonight. 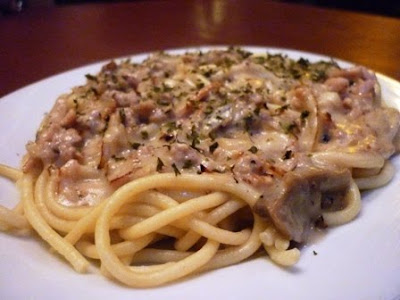 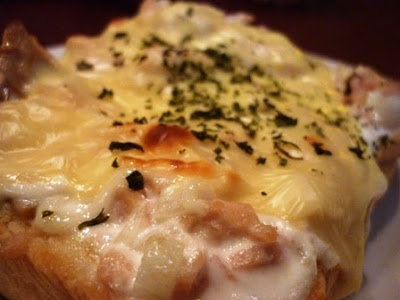 When comes to appeasing the taste bud, this eatery did a pretty decent job, their spaghetti, while holding true to its Chinese-italian fusion, held back some of the familiar taste of oregano, and basil and in its place, more of dried parsely and a tang of ginger, mixed in a creamy sauce of cheese, mushroom and ham. Its toast is at least 1.5 inch thick, but has a scary looking plasticky texture, which in my opinion is because of its use of cheap cheddar slice rather than grated, more “up-market” cheese, but at RM3.80 a piece, I guess you get what you pay for, and they make up for, with rich cream and ham filling. 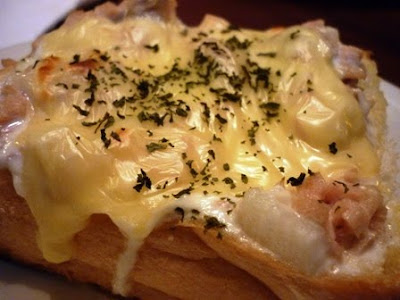 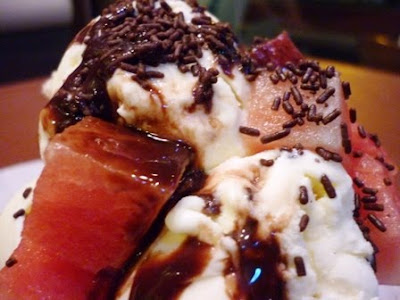 We saved the best for last, and in this case it was the watermelon snow love. One person will have some difficulty finishing this ice-cream so its best to share. Apart from the store-bought ice-cream, they also add in a good measure of various jelly and of course lots of chilled watermelon. This is where Fruit monster excels in – their core business of serving numbingly cold dessert that we all know and love. 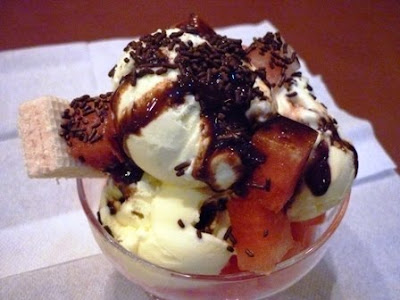 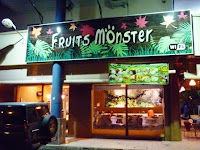