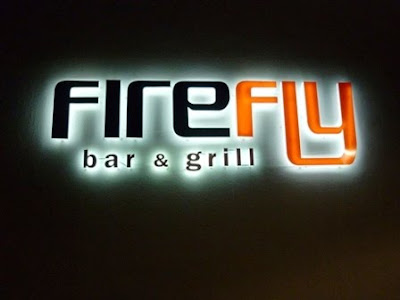 Being at Firefly Bar and Grill at 730pm on a Saturday night may be greeted with an understandable confusion if you are a hard core party people. But alas, my days of faithful hedonism and rampant drunken stupor are long gone.

The mission at hand concerns more of the hunt for a perfect sandwich, rather than be sandwiched between sweaty entity in dark dodgy place. And this mission doesn’t require cover charge nor overpriced liquor, although a big appetite is a prerequisite.

If Hardrock is legendary for their big tasty burger (for those in the dark, McD serves kiddie burgers but advertises it as if they have the biggest burger in BigMac). Then in the absence of a place where its namesake is often confused between a music genre of geological science, Firefly duly deserves that recognition. At least within the shores of KK.

This is because if taken as a whole package, Firefly does ring out some good tunes (I’ve been told) while having a damn good nip at the same time(the only place that serves Hoegaarden). And all these while still serving a good piece of sandwich (hence Hardrock was taken as a comparison)

There are 3 choices to opt from : Firefly burger, ham and bacon and grilled chicken (the latter 2 takes on a more club-sandwichy form) 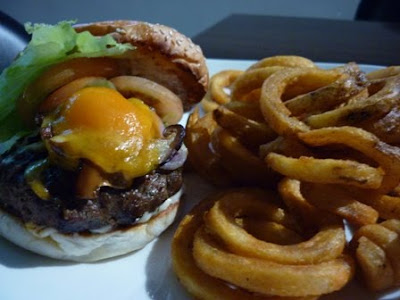 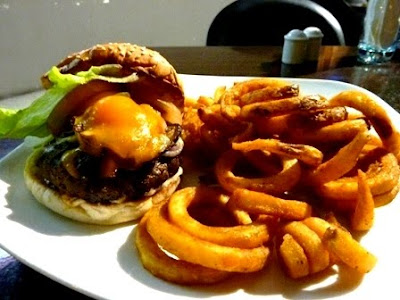 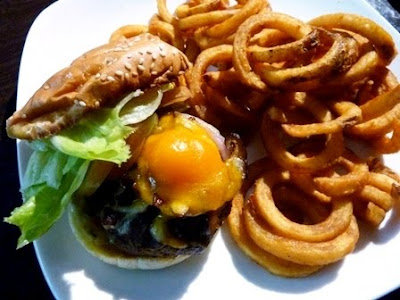 The patty between the burger bun consist of compactly squeezed ground beef while at the same time still maintains an almost vulgar juiciness. In replacement of your average ketchup and mustard is sourcream, which richly complements your lettuce and big onions. It may not have the diameter of “Big Mouth” burger from our earlier blog (the one located at tanjung aru), but what it lacks in diameter it makes up for vertically. With its ridiculously thick patty, people with elasticity-challenged mouth will have a hard time biting onto the burger. 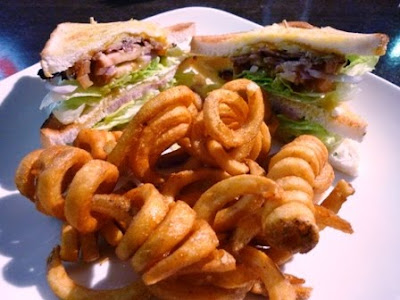 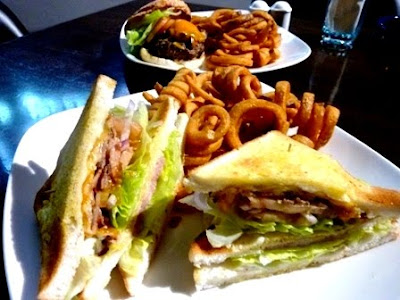 The ham and bacon sandwich however, cannot share the same accolade as the burger though , as the bacon was too much on the salty side while the ham seemed a little too emaciated to my liking (perhaps it was a stark comparison to the burger). 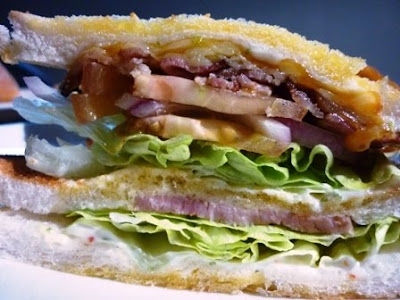 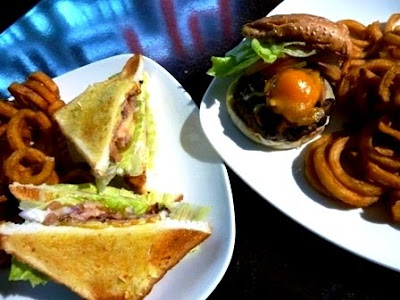 Both dish comes with a rather generous serving of curly fries (yeah you don’t have to wait for Chinese new year season to have curly fries at MickyD’s anymore). And with both the Firely Burger and Ham and Bacon sandwich costing the same (RM15.90 a piece), forget the latter and just get the burger. And take note that it cost slightly more than the biggest burger at McD or Burger King. And with the great ambiance offered by Firefly, I think its time for KKians to change their perception that good burgers can only be found at American chain stores. 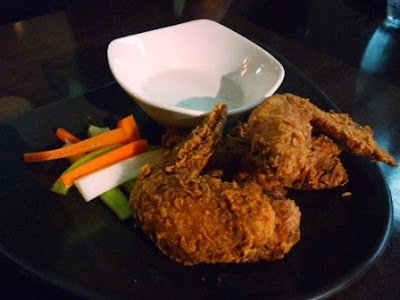 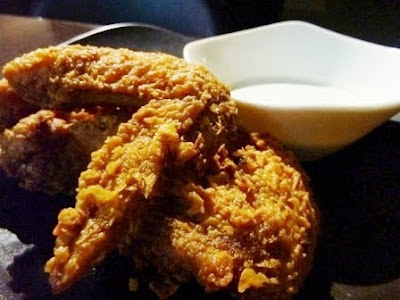 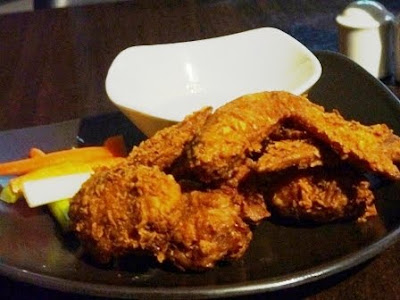 There are also a variety of finger food, of which we chose buffalo wings. Although I was under the impression that these wings are supposed to be coated with spicy sauce after deep frying, but I guess Firefly wants to do it their way. Their version of buffalo wings is deep fried wings in no sauce coating i.e. dried. A bit of disappointment if you’ve had the real buffalo wings before. Although it was spicy, but i would have preferred  if the buffalo-styled sauce was all over my face when I'm done.  FYI, buffalo owes its moniker from the city of origin, Buffalo, New York, rather than the cow. Lets not have a repeat of Jessica Simpson in “newlyweds” (that MTV show years ago) Fortunately they did not ignore the need for dips, which consist of a soursauce, which had just the right amount of sour tang, albeit too watery to my liking.

My other qualm is that if you are seated outside, you may not get as good a service as you would if seated inside. That is because the waiters are almost seldom outside, so a task of getting the menu or the bill may be better done on your own. 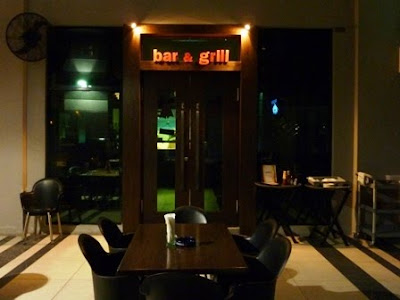 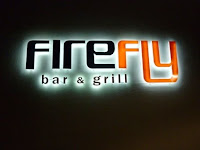 Unknown said…
Darn,..... I really missed big burgers. Must go to Hard Rock one day. I love sandwiches. One of my favorite food.I usually go to JJ Juice Fusion at Mid Valley for their gourmet sandwiches and toasties. Mmmmmm,...... nice.
December 6, 2009 at 4:32 PM

Angeline said…
O'brien (at KLCC, The Curve and Great Eastern Mall) serve very good sandwiches. At Bangsar Village you can have an award winning burger, I think the restaurant name is Grindhouse, but very expensive cause they are using good quality beef, dunno rm50 or above. Dome and Alexis burger also nice. One more place at Changkat Bukit Bintang, I want to try their burger too. Hmmm sorry, I love burger
December 6, 2009 at 5:22 PM