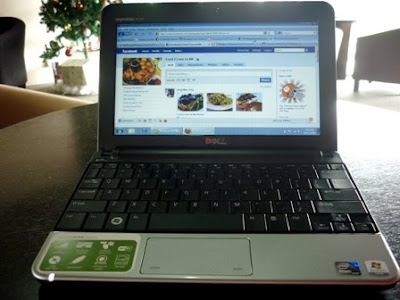 When someone get a new laptop, it will always be a good news and I thought it would never be an exceptional case to me as well. Unfortunately, after one week full with happiness and enjoyment, nightmare begins to haunt me. And YES, YOU'RE RIGHT. ONLY 1 WEEK, APPROXIMATELY 7 DAYS! 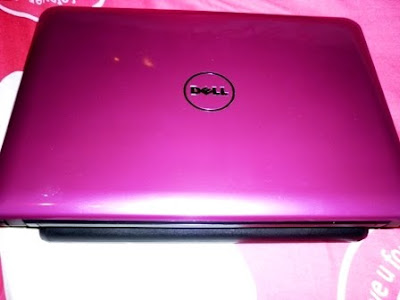 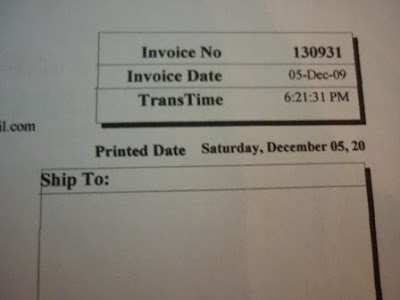 My new Dell Inspiron Mini 10 which I bought at 6pm, on the 5 Dec 2009, broke down in the morning of 12 Dec 2009. It was approximately 7 days after I brought it home. I was terrified! The netbook had totally shut down and couldn't be turn on anymore. It had hardly been use and was totally new. 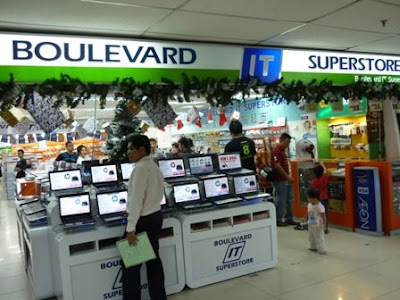 Though, it wasn't my worse nightmare yet. When I bring it back to the shop(together with Jack), from which I had bought my netbook, the technicians who have a bad manner(they gossip in front of me when Jack walk away as if that I'm invisible), told us that there will not be any replacement or repairs to be done if it was due to the malfunction of the Motherboard. I was horrified and full of anger. Hence, we requested to talk to the person-in-charge and we were asked to come back on Monday as the person-in-charge wasn't around and they need to contact Dell as well. 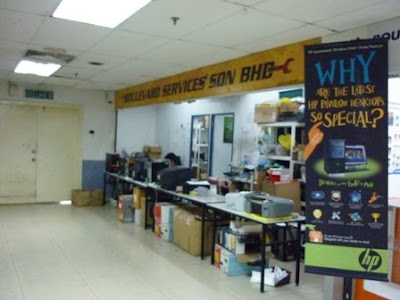 Monday arrived, we were back again to Boulevard IT Superstore Sdn Bhd. For once, we had become invisible. None of the technicians bother to help us. We have left with no choice but to meet the person-in-charge directly. Mr. Maurice(the person-in-charge) promised to get the things done, either request Dell to replace or repair in 48 hours. An ID code from Dell will be given later by the day, in case we need to check the status of my netbook. Empty promises were given. No call, no news. 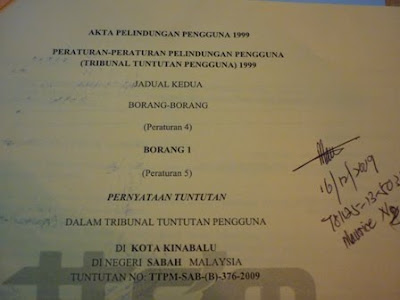 I've finally lost all my patient and decided to report the case to Consumer Tribunal on Wednesday. Fyi, after your case has been accepted by Consumer Tribunal, it is your responsibility to send the Form 1 to your defendant. We did so. However, we were treated rudely by the staff and at first, they refused to accept the form. After all the hassle, they finally accepted the form.

All of a sudden, they rushed things out. My netbook was repaired by Dell but the speaker is no longer functioning. I was given back the same netbook with a lose battery. A one week old's netbook had turned out to look like an old netbook. Should I be happy with my new netbook?

Update 15/1/10: I contacted Dell Technical Support on 28/12/09 and get my netbook fixed within 48hours. It had proven that it wasn't Dell's service that was bad but it WAS BOULEVARD IT SUPERSTORE that was bad. Also, I received a very rude call from Boulevard IT after I contacted Dell personally regarding the malfunction of the speaker. I swear I will never go back to that shop again!
Karamunsing Kota Kinabalu

HallyuSurfer said…
oh my goodnes.. this is really bad!

gunsirit said…
Have you registered online when you bought the laptop? Dell is supposed to be one of the best brand around.If it is just a week old then I guess it is still under warranty. Try calling Dell directly or visit their website. Dell's customer supports should be very helpful. Some unscrupulous Resellers were only interested in selling but not in customer supports. Try contacting Dell directly, there must be a toll-free contact number in their website. Make sure that you have your laptop's details handy when making the call - serial number, etc. Best of Luck!
December 19, 2009 at 3:57 PM

gunsirit: Thanks for your info, I had just done the registration online. They contacted Dell because it was still under warranty and Dell repaired my netbook but internal speaker not functioning anymore and the battery a bit lose. Feel like an old netbook now.
December 19, 2009 at 4:34 PM

gunsirit said…
At least you had it repaired. I think you are eligible for a full refund or replacement.
December 19, 2009 at 8:16 PM

Benson said…
May Call 1800-88-1306 and explain to Dell Support about your situation. Based on my experience, Dell is very helpful and take a fast action .. Mostly they will send the hardware to your register address and arrange a system support to fix the hardware. I bought a dell desktop before and then the motherboard got problem too. After called to Dell Support, I received the new motherboard on the third day morning and then the support called me at the afternoon to make the appointment.
December 19, 2009 at 8:19 PM

Monica said…
gunsirit: Yah, u are right!At least finally I got it repaired after all the hoo-hah. I hope to get a replacement as well but there is nothing that I can do anymore.

Benson: Thanks for your info. I will contact Dell if anything happen to my netbook again(hopefully not). Dell had replaced a new Motherboard to my netbook and because of that, internal speaker not functioning anymore. I think the Dell technician also replaced the battery because it is lose now. Honestly, I'm supposed to be happy with my new toy but now I can just thankful to get back a not 100% perfect netbook.
December 20, 2009 at 12:22 AM

Angeline said…
Lucky for me, mine is Toshiba netbook, see sis I told you not to get Dell, our first attempt to try Dell computer and we gain bad experienced. Thank you Dell you're too good for us.
December 20, 2009 at 7:50 PM

Monica said…
Yalor,sis..so bad luck..I'm going to check with Consumer Tribunal whether still can go on with the case before I withdraw.

Anonymous: Is already too late. Anyway, it was Dell technician who came and repair but still it was not perfect.
December 21, 2009 at 9:20 PM

Anonymous said…
Thanks for the info Monica
I will never go to a store that giving such poor service. I dont like what they did to their buyers e.g rude,gossiping.
April 21, 2010 at 2:29 AM